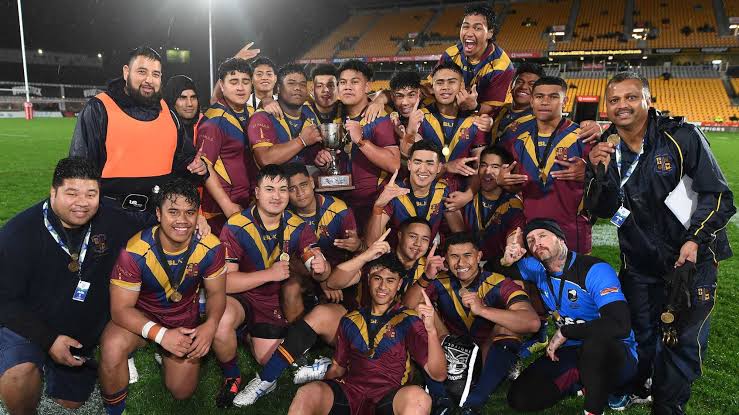 The central Auckland school – who went through the regular season undefeated – had trailed 10-4 at the break before powering home at Mount Smart Stadium #2.

Middle forward Alekosimi Jones was instrumental in the victory, leading from the front on both sides of the ball on his way to earning Player of the Match honours, while playmaker Salesi Foketi was also strong.

The win sees St Paul’s defend the title they won in 2019, with the 2020 season having been cancelled amid the COVID-19 pandemic.

It wasn’t the school’s only victory on the night, with their U15 Boys’ 9s side winning their decider 32-16 over Westlake Boys’ High School, helped along by a Lucky Kali double.

Howick club star Braxton Sorensen-McGee led Auckland Girls’ Grammar School to a 34-16 victory over Aorere College in the second match of the night, converting all but one of her side’s tries.

De La Salle College celebrated their return to the SAS College Rugby League Competitions with an 18-6 win over James Cook High School in the Senior A Grand Final.

Lock Jerry Matautia was a leading contributor, scoring a double en route to being named Player of the Match.