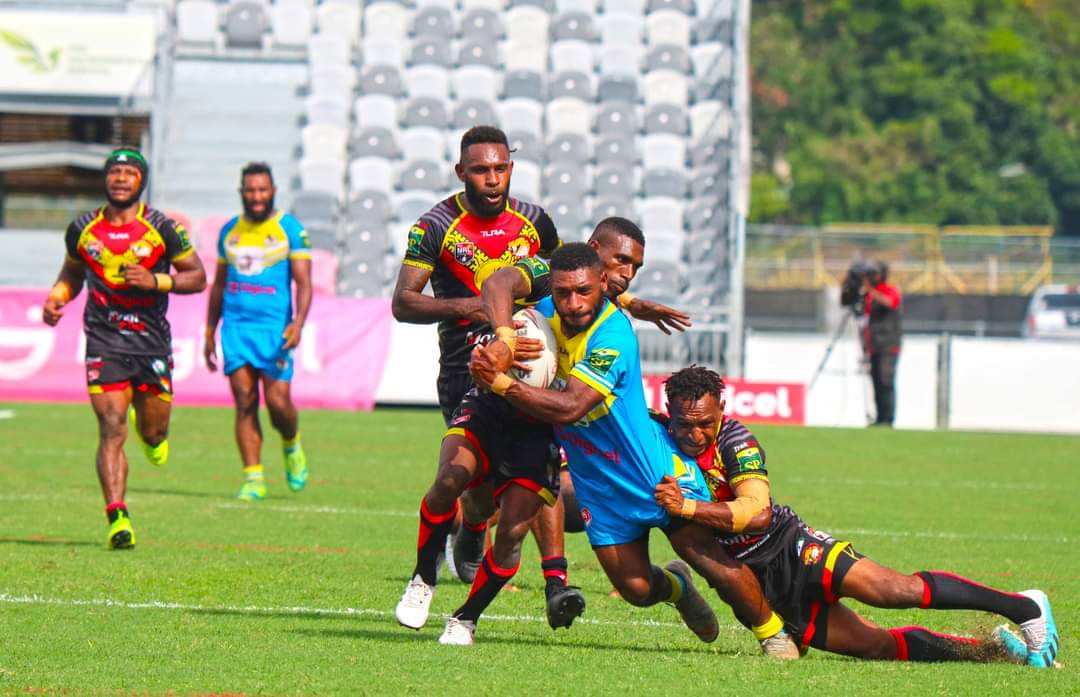 Spectators set to return to Digicel Cup matches this weekend

Limited Tickets to this weekend’s PNG Digicel Cup matches in Lae and Port Moresby are set to go on sale later this week.

PNG National Rugby League Competitions (NRLC) Manager Ora Gairo in a statement said approval to get crowds back was granted by the Pandemic Controller late on Tuesday June 28, 2021.

“We have been allowed 30% of the capacity these venues can accommodate in both Port Moreby and Lae,” Gairo said. “After four rounds with no crowds, it is exciting for players and fans alike to enjoy our number one ,” Gairo said.

He said tickets for Saturday and Sunday’s ‘double header’ games in Port Moresby can be purchased at the two Digicel kiosks in Vision City Mall, Waigani, Digicel Headquarters in Gordons and at the National Football Stadium at Boroko from 9.00am Friday July 2, 2021.

Tickets will also be on sale at NFS on Game Days. Gates will open at 11.00am on Saturday and Sunday and entry into the National Football Stadium will be through the Gates opposite the Boroko Market.

“Tickets will show which games are being played on Saturday or Sunday so choose carefully on which day to attend to support your favorite team,” Gairo said. “All tickets will be scanned with lighters.”

He said every person will go through temperature checks, sanitizing and bag / body checks when they enter the Oil Search National Football Stadium,” Gairo said. “Security personnel will be on hand to carry out these checks and direct them on which way to go to the Stands as per their tickets.”

He said these were the ‘niupela pasin’ measures and protocols and urged all spectators and supporters for their co-operation. “We all have to comply with these ‘new normal’ protocols so the premier professional competition in PNG proceed under the strict Banis protocols,” he added.

Gairo said players and officials have their protocols to follow and the public must also follow the ‘niupela pasin’ measures and protocols by attending with a mask. No Mask No entry. “Every one of us has a part to play to ensure the game of rugby league is played for all to enjoy,” he said.

Gairo said tickets in Lae will be sold only on Sunday at the Lae Rugby League Oval. Gates open at 10.00am and the process of temperatures, sanitizing and bag/body check will apply.

“The strict Banis protocols will be applied and I urge everyone in Lae to co-operate and support us in this ‘new normal’ period,” Gairo said.