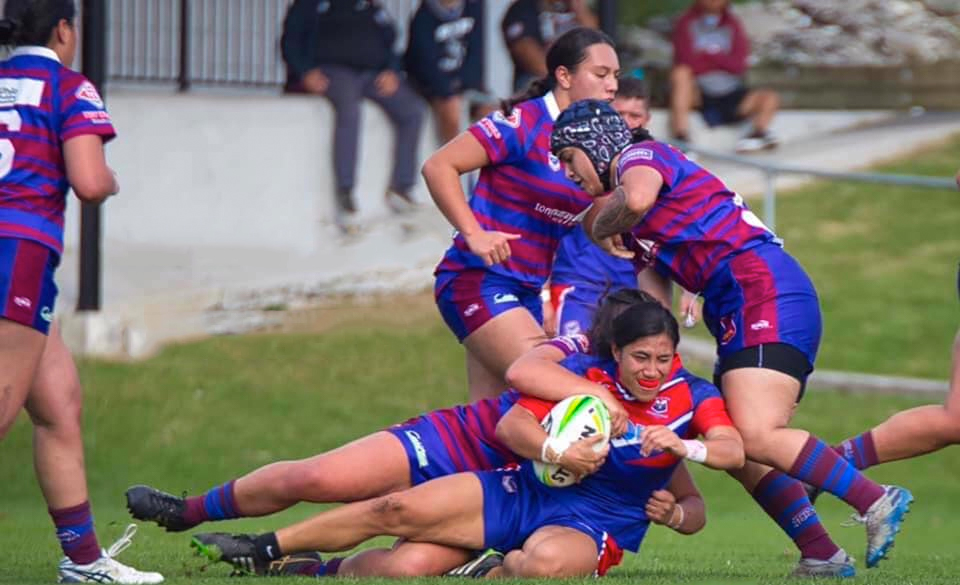 Match reports from Round 8 of the Farrelly Photos Women’s Competitions, played on June 25-27

AUCKLAND WOMEN’S PREMIERSHIP
Pt Chevalier 96 defeated Pakuranga 0
Lavinia Tauhalaliku scored five times in Pt Chevalier’s big win over competition newcomers Pakuranga, while her teammate Madison Bartlett crossed for four. The Pirates dominated from the start, but it was a brave effort from Pakuranga who were down on numbers against a much more experienced side.

Richmond 12 defeated Te Atatu 10
Richmond were made to work for it all the way in a narrow win over Te Atatu at Grey Lynn Park. Kiwi Fern Jules Newman was a standout for Richmond, who overcame a 6-4 half-time deficit.

Otara 18 defeated Manukau 12
Otara edged past Manukau to register their third win of the year. The match was close throughout, with Otara having led 8-6 at the break.

Marist 14 lost to Howick 32
Twenty four unanswered points in the first half set Howick up for victory over Marist, with Kelly Alexander registering a double in the win. While the first half was all the Hornets, Marist won the second spell 14-8 and showed character to find their way back into the contest.

Taniwharau 66 defeated Tuakau 0
Waikato-based side Taniawharau continued their unbeaten run at the top of the ladder with a big win over Tuakau. Leah Rhys Rangi Toka scored three times in the win.