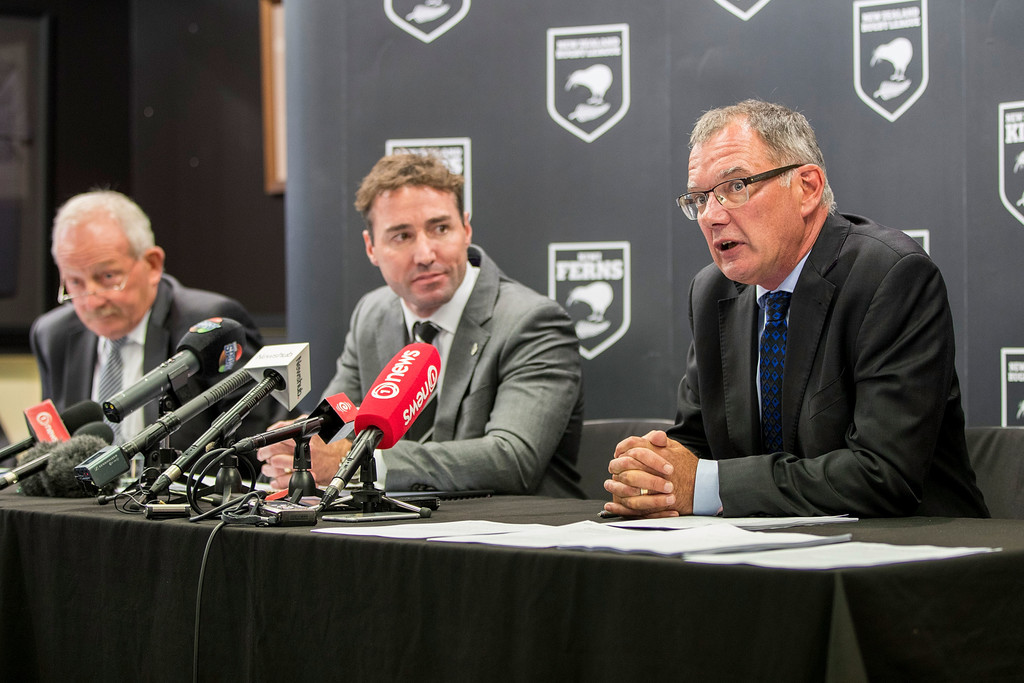 The AGM reflected on an encouraging financial performance and a strong rebuild post the initial impact of Covid, as NZRL (parent) announced a $750,000 profit and $1m when consolidated with the seven Zones.

CEO Greg Peters said, “We are finally in a stabilised financial position following significant losses in 2017/18 and 2018/19 and after an improved performance in 2019/20.

“The recent announcement regarding our renewed and improved partnership with Sky combined with other new revenue lines will see significantly increased investment into the grassroots game via our Zones. This is the first substantial increase for many years.”

However, Peters was quick to note the Covid risk is still very present.

“Although positive we aren’t out of the woods yet. There are ongoing risks, and we know how quickly things can change; nevertheless, we are now in a position where we can better grow the game and its opportunities throughout the country.”

The 2021 AGM also saw Reon Edwards retire from his role as NZRL Chairman while long-serving Director Hugh Martyn was appointed as the new chair of NZRL.

Newly elected Chairman, Hugh Martyn, had served on the NZRL board for three years as deputy chair and as Acting CEO for six months in 2018; he brings significant governance experience coupled with a dedication to rugby league and an admiration for its impact.

“Firstly, I’d like to congratulate Reon on the huge contribution and leadership he’s provided during his time as Chair and Director,” says Martyn.

“His outstanding service and dedication over the last six years have seen him guide and lead the organisation successfully through some trying times. It’s an honour to be given this opportunity; however, Reon will be sorely missed, I wish him all the best with his future endeavours.”

Martyn adds, “In my three years, I have learnt so much about what a difference rugby league can make. The rugby league community has inspired me with the passion and heart that they bring to the game and the good the game does.

“I’m grateful to be able to play an ongoing part in the direction and growth of rugby league in New Zealand, as collectively, we look to achieve great things for our game, communities and people. It is a privilege to be appointed as NZRL’s Chairman.”

Jeni Pearce is an internationally recognised New Zealand sports scientist who has worked in the high-performance environment in both New Zealand and England for the past 13 years.

Pearce is also a well-respected published author, authoring 12 books and selling over 170,000 copies. She doubled as a university and public lecturer and was awarded a Member of the New Zealand of Merit in the 2015 Queen’s Birthday Honours for services to Sports Nutrition.

Justin Leydesdorff brings with him over 20 years of experience in governance and senior leadership positions surrounding the delivery of sport and recreation in New Zealand.

Leydesdorff worked as an independent Board member and Chairperson for Counties Manukau Rugby League from April 2015 to July 2020 and joined the Zone’s Risk and Audit Committee from July 2020 until April 2021.

NZRL Chairman Hugh Martyn says, “Jeni brings with her an abundance of governance experience, and her accolades and honours are a testament to the value she provides.

“Justin is well respected in the rugby league community, and his experience, passion and connection to our game make him a valuable addition. We are very fortunate to have two candidates of this calibre join our team.”