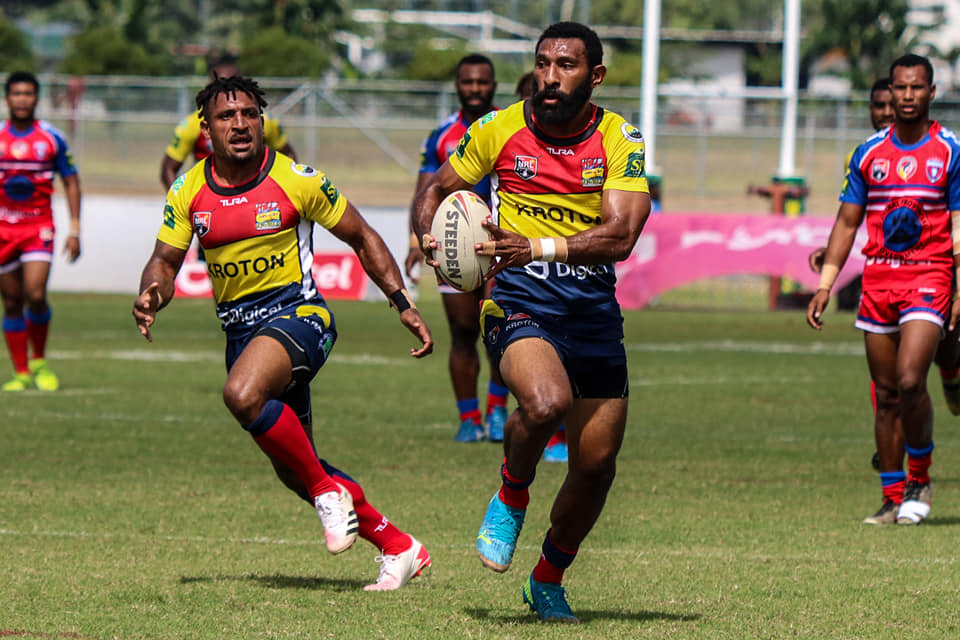 Last year’s Grand Finalists, the Hela Wigmen and Lae Tigers, currently sit top of the 2021 Digicel Cup ladder after four rounds, being two of only three undefeated teams left in the competition.

Despite significant turnover in playing personnel, both the Wigmen and Tigers have continued to find a way to win in what has been a competitive start to the 31st season of the PNG National Rugby League competition.

In the latest round of action, the Wigmen simply ran away from the Central Dabaris at the National Football Stadium on Sunday. Despite both teams being locked up at 10-all in the 37th minute of action, the Wigmen controlled the second half to post a 36 – 14 win over their Central Province opposition.

For the Lae Tigers, they handed the Goroka Lahanis a 20 – 10 defeat, also at the National Football Stadium, to keep their undefeated start going.

In other matches, the only other undefeated team in the competition, the Mendi Muruks, defeated the Kimbe Cutters 34 – 8 in Lae, whilst the Gulf Isou collected their first win of the season, defeating the Enga Mioks 18 – 16.

Competition heavyweights, the Rabaul Gurias and Port Moresby Vipers, both suffered losses in Round Four, with the Gurias being run down by the Mt Hagen Eagles to lose 12 – 10 in Lae, whilst goal kicking proved to be the difference for the Vipers against the Waghi Tumbe.