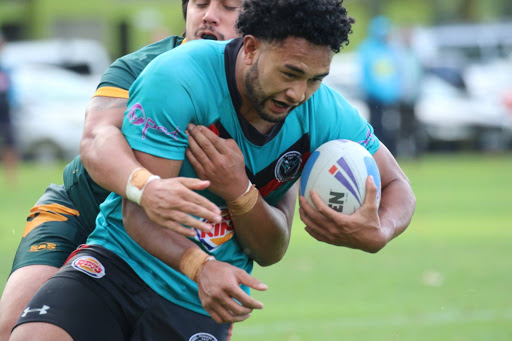 FOX MEMORIAL PREMIERSHIP QUALIFIERS
Howick 26 lost to Pt Chevalier 29
Veteran centre Malo Solomona scored on the full-time siren to ensure Pt Chevalier remain unbeaten through the 11-round Qualifiers, lifting them to victory in a game where they trailed for most of the second half. The Pirates had led at the break before Howick hit the front, helped along by a strong performance from prop Clayton Williams. But on the very last play of the game Pt Chevalier struck to secure the win at Paparoa Park.

Northcote 18 lost to Mt Albert 26
Mt Albert overcame a 14-6 half-time deficit to defeat Northcote and win the Zae Wallace Memorial Trophy in the process. The Tigers – who were already confirmed to be relegated from the first division – started with a hiss and a roar, before the Lions fought back. Mt Albert fullback Tika Lelenga scored twice in the win.

Glenora 42 defeated Papakura 10
Glenora retained the Roope Rooster with a big win over Papakura, helped along by doubles to Chaz Brown and Simon Luafalealo. After suffering their first loss of the year last week to Pt Chevalier, the Bears bounced back in style and ensured they remain safely in second position heading into the competition proper.

Otahuhu 30 defeated Bay Roskill 28
Prop Connor Taurua-Purcell put his membership to the front-rower’s club in jeopardy by scoring three tries for Otahuhu as they survived a late comeback to beat Bay Roskill. The Leopards led 14-4 at the break before Bay came back to lead. Otahuhu then appeared safe after scoring three-consecutive tries late in the match, and while the Vikings finished strong with a pair of four-pointers, they ultimately fell just short.

Marist 26 defeated Mangere East 24
Marist held on to secure victory over Mangere East and with it book their spot in the first division competition proper. Down 14-10 at the break, Marist did well to establish a comfortable lead before the Hawks powered back late on. Back-rowers Sam Suamili and Elam Payne were among the Saints’ best.

Te Atatu 20 lost to Richmond 22
Sione Ngahe scored three minutes from time – his third try of the match – to hand Richmond victory over Te Atatu. The win however wasn’t enough to secure first division safety for the Bulldogs, who will drop down to the Crown Lift Trucks Fox Championship. Standoff Paul Roache was outstanding for Richmond in the win.

FOX CHAMPIONSHIP QUALIFIERS
Manukau 50 defeated Pakuranga 8
Manukau came up with a big win to finish the Qualifiers, with wing Koronato John’s double among the highlights for the Magpies. Despite the loss Pakuranga still secured entry to the Crown Lift Trucks Fox Championship competition proper, thanks to Papatoetoe producing an upset victory over Manurewa.

Hibiscus Coast 24 lost to Otara 40
Otara gave themselves a confidence boost heading into the second half of the season by upsetting the previously unbeaten Hibiscus Coast Raiders on the road. Otara playmaker Shaq Ono scored twice and converted six of his side’s seven tries.

Manurewa 8 lost to Papatoetoe 34
Papatoetoe got up for their first win of the season at Mountfort Park, ending any hope Manurewa had of remaining in the Crown Lift Trucks Fox Championship in the process. Panthers fullback Liki Iloheafaiva and captain Greg Smith led the way, with Papatoetoe going on with the result after leading 12-4 at half time.