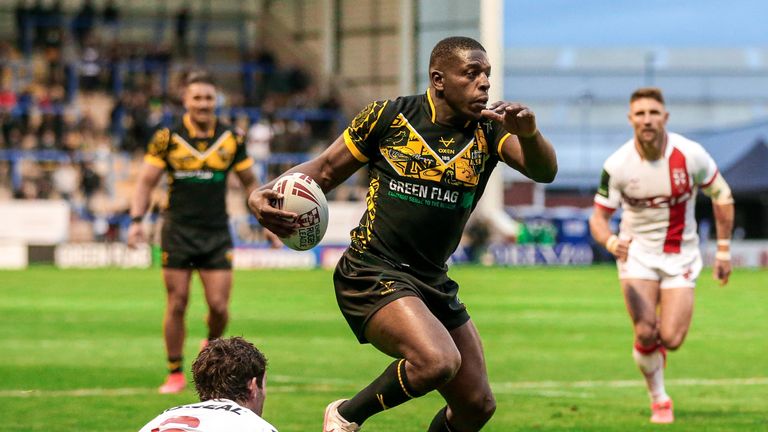 Wane, taking charge of his first game a full 16 months since his appointment, had spoke about his huge excitement before the content.

But it was Tim Sheens’ All Stars who made the fast start, with Ken Sio and Peter Mata’utia crossing – in between Liam Farrell’s double – to give Tim Sheens’ side a first half lead.

Jermaine McGillvary and Sio’s second extended the lead after the break, and despite scores from debutants Morgan Knowles and Tom Davies, it wasn’t enough to complete the comeback.

Wane was supposed to oversee an Ashes Test series against Australia last autumn, but it was cancelled due to the coronavirus pandemic.

It meant he has had to wait more than a full calendar year to lead out his country, as the national team competed in an international fixture for the first time since 2018, but a thrilling contest ended in defeat.

England boss Wane said on Sky Sports: “Loads of positives. We played tough and had energy, but didn’t have that killer instinct in the last third.

“Lots of things we practiced, we did. Played a bit dumb at times, could have had more movements, but overall ecstatic about our efforts.

“They’re a good team, my players are brave and tough, no question about that, we just need to be a bit smarter with the ball.”