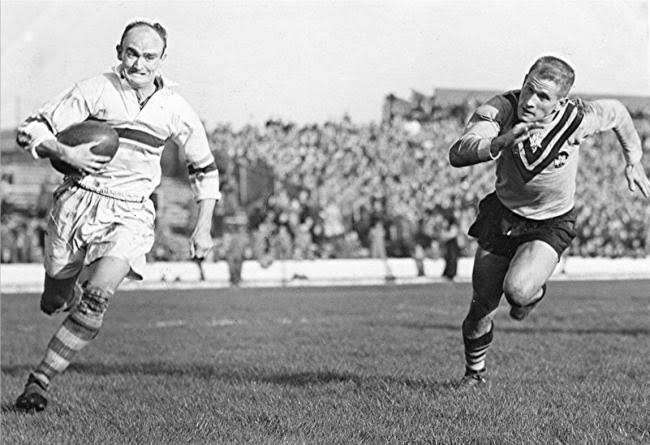 Combined Nations to receive heritage numbers ahead of England fixture

The 17 men who will make history as the first Combined Nations All Stars team when they play England on Friday night at Warrington will also be renewing a Rugby League story which stretches back 117 years – and will receive heritage numbers to mark the occasion.

‘Other Nationalities’ sides have been part of the game since 1904, when a team comprised mostly of Welsh and Scottish players faced England in the first-ever International Rugby League fixture. A total of 180 players have featured for the ‘Other Nationalities’ against international opposition since that day – including the Exiles team who faced England in four games from 2011-13 – and the Combined Nations All Stars playing squad have all been made aware of that history.

In recognition of that, they will all receive heritage numbers and certificates ahead of the game, which will be presented on Thursday evening by Mose Masoe’s daughters – Evie Rose and Marlowe.

They will follow in some highly distinguished footsteps – the list of players who represented Other Nationalities includes Jim Sullivan (heritage no. #55), Brian Bevan (#98) and Dave Valentine (#107), while more recently the Exiles included such renowned competitors as the current Hull FC head coach Brett Hodgson (#147).

Tim Sheens, the Head Coach of the Combined Nations All Stars, said: “There’s been so much history in the Other Nationalities sides over the years and our team has a great opportunity to add to that on Friday. Some of the names on the list of previous players are genuine Rugby League legends, and the players in the squad are well aware of what it means to represent this side. Awarding heritage numbers not only helps show the current squad what it means to be part of this team, but it helps us recognise all the names who’ve pulled on the shirt before.”

Following the inaugural international game in 1904, the England v Other Nationalities fixture was repeated for the next two seasons. The team was then revived in 1921, before a gap of 28 years, when the Other Nationalities entered the European Championship, a competition they took part in on six occasions between 1949-1955. They played various fixtures in the 60s and 70s, before being reborn under the ‘Exiles’ name in 2011 as mid-season competition for England. The Exiles won 16-12 in the standalone fixture in 2011, drawing the 2012 series 1-1, before going down 30-10 in the 2013 fixture. In total, the sides have met on 20 occasions, with England winning 11, Other Nationalities/Exiles winning eight and one draw.