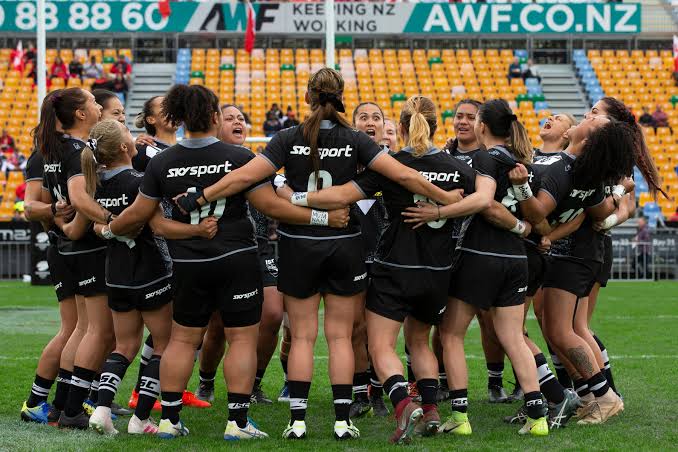 The new agreement covers both regular seasons along with the Finals Series, Grand Finals and the Ampol State of Origin men’s and women’s series and Tests matches run by the NZRL and NRL.

The enhanced agreement involves a new level of collaboration with both the ARLC and Sky NZ working closely alongside New Zealand Rugby League to co-invest in initiatives to grow rugby league in the region.

For the first time, selected games during ANZAC Round, Magic Round and the State of Origin Series will also be made available on free-to-air television in New Zealand.

NRL Chief Executive Andrew Abdo said the stronger deal was evidence of the growth of rugby league in New Zealand.

“This is an exciting deal for rugby league fans in New Zealand and highlights Sky NZ’s ongoing commitment to growing our game,’’ he said.

“It ensures every Premiership and NRLW game will continue to be broadcast live, along with the Finals Series and State of Origin.

“Sky’s increased commitment for the duration of this deal will assist in expanding our reach in New Zealand, including coverage of our emerging development competitions. There’s around 1 million Kiwis who follow rugby league and partnerships like this play a vital role in growing our fan base and ensuring even more coverage of one of the world’s most entertaining and exciting competitions. We have some of the best athletes in the world and a growing number of those players are from New Zealand.

“This deal also highlights the importance of the New Zealand Warriors. Despite the Warriors not having played in Auckland for over a year, Sky were committed to not only extending their deal, but significantly broadening it.”

“I’d like to thank Sky NZ CEO Sophie Moloney and her team for their commitment to rugby league, particularly during the challenges of COVID-19. I’m excited to work together to enhance the viewing experience in New Zealand for our fans.”

“Through our partnership we have committed to working even more closely with NRL and NZRL to grow the game of Rugby League in New Zealand, like the roadshow we have on this weekend in Christchurch with the Vodafone Warriors and NZRL,” she said.

“We’ll do everything we can to attract and develop the next generation of League fans and players from grassroots to high performance. It’s this which is vital to the future of the game.

“We also commit to making some important matches available free-to-access. That way we can ensure as many Kiwis as possible can enjoy the wonderful game of Rugby League.

Greg Peters, NZRL CEO says: “Sky has been a long-term supporter of Rugby League for over 25 years now, and the nature of this renewed partnership enhances and deepens this to a new level.

“Against the backdrop of our current sponsorship agreement, coupled with added value over the next seven years, this enables us to support the game in ways we haven’t seen before, from grassroots to high performance.

“This kind of partnership signifies a new era and is a real milestone for Rugby League. Thank you to Sky Sport for sharing our vision and supporting us in such a significant capacity.”