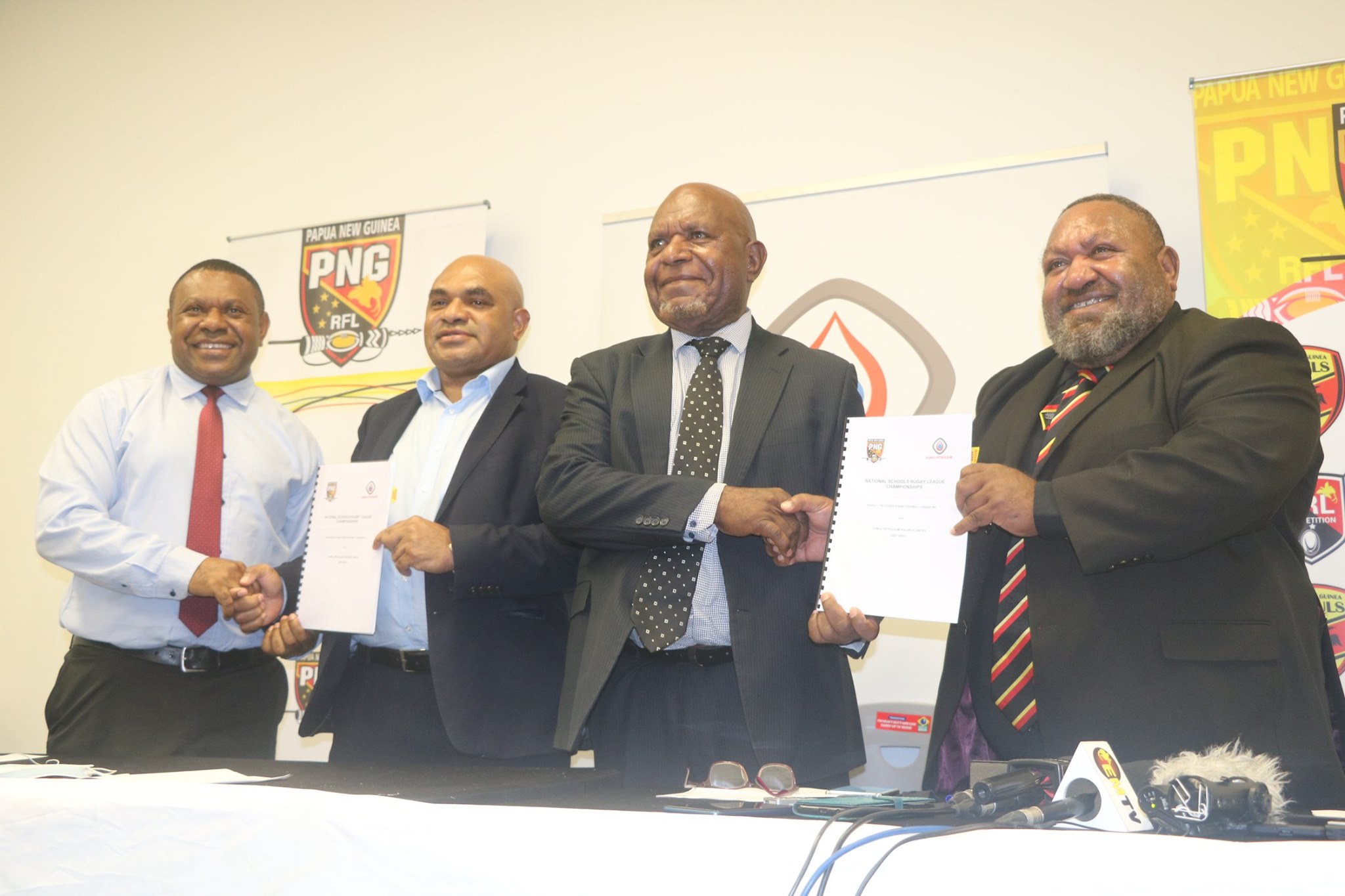 Wapu Sonk, Managing Director of Kumul Petroleum said at the signing of the agreement that the NOC now becomes the Naming Rights sponsors of the National Schools Rugby League championships.

“Kumul Petroleum is proud to invest towards the development of juniors – both boys and girls – at the school level,” Mr Sonk said. “Every child has a dream and aspirations in their teen years and we want to support those young boys and girls who choose to play rugby league achieve that.”

He said hundreds of young boys and girls representing their schools in the various divisions will attend the respective Kumul Petroleum Confederate championships at a central venue.

“This is exciting for us at Kumul Petroleum to be involved with these youngsters at the school level and provide a pathway for future stars,” he said.

“In order to beat the Kangaroos, and Kiwis one fine day, it has to start at the junior development and for such collaborative effort foresight by the Board of Kumul Petroleum and PNG RFL is the wayward to develop the next generation of rugby league talents.”

Mr Sonk added that the country’s NOC has been involved in sports primarily rugby league through various programs including Kroton Hela Wigmen Rugby League Club (Digicel Cup), PNG Hunters, and other third tier and off-season programs such as Coco-Cola Ipatas Cup investing more than K20 million spanning over 7 years throughout the country.
PNGRFL Chairman Sandis Tsaka said the investment by KPHL towards the National Schools program is greatly appreciated.
Mr Tsaka said from these championships, the best players will be selected for the various divisions to represent their Confederate at the Kumul Petroleum National Schools Rugby League Championships.

“Over the past month or so, there have been announcements of support for our ‘elite’ programs,” Tsaka said. “On the back of this, this support by Kumul Petroleum towards the National Schools ‘junior’ program is indeed great news.”

He said the National Schools Rugby League was ‘jointly’ launched in 2017 by both Ministers for Sports and Education.

He said school girls are ‘inclusive’ in the NSRL competitions. “It’s no longer known as the Schools Boys competition,” Tsaka said.

He said four divisions – Under 14 Boys, Under16 Boys, Under18 Boys and Under 18 Open Girls – are being played in the affiliated schools.

Tsaka said the schools competitions will be administered under the new governance and management frameworks to be established in each province.