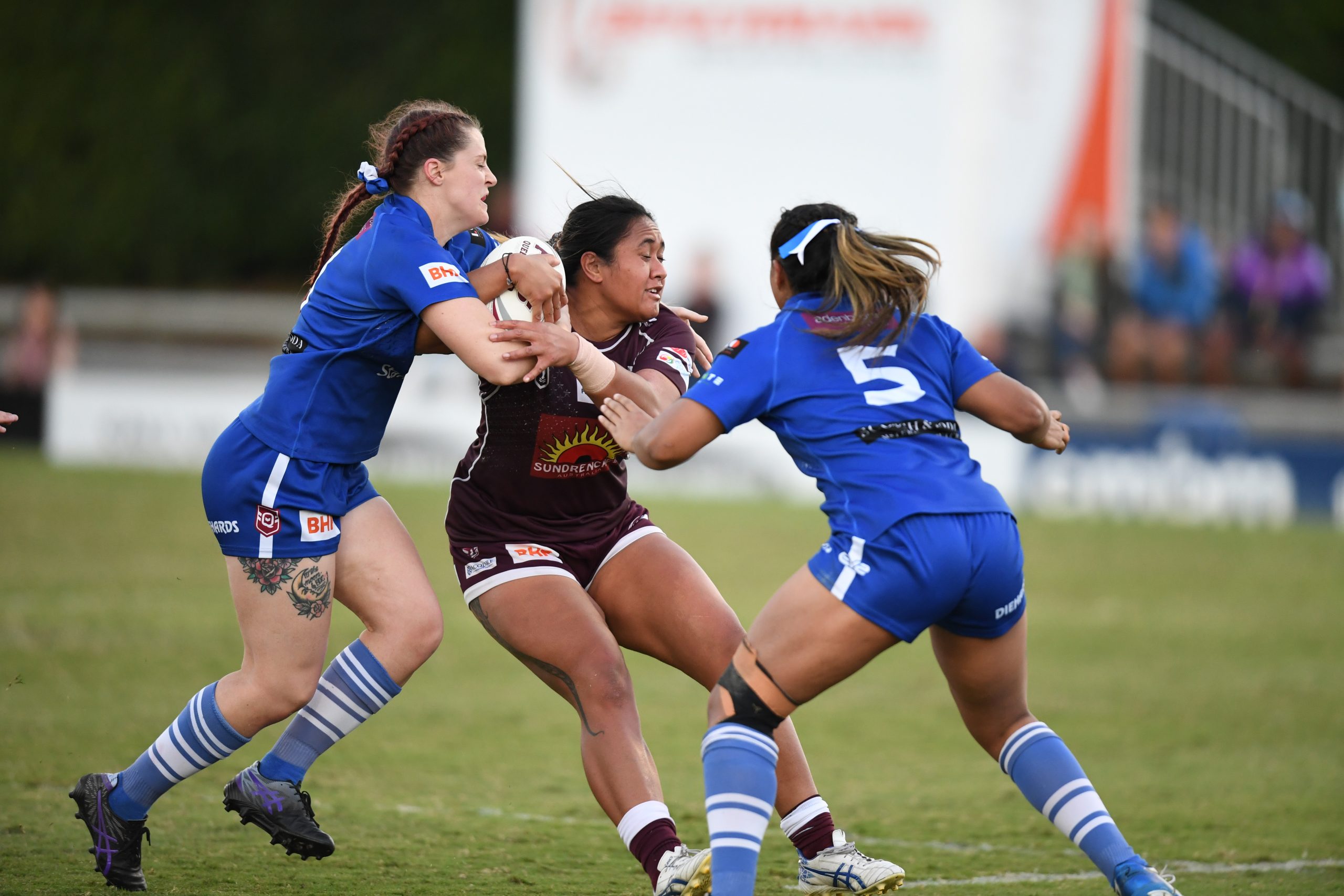 It was an absolute classic at Totally Workwear Stadium, with Burleigh Bears claiming a 24-20 win over Valleys Diehards.

One of the most successful club’s in women’s rugby league in Queensland alongside Souths Logan Magpies; the Bears had made no secret of wanting to be the first name etched onto the BHP Premiership trophy; but the COVID-19 cancellation of the inaugural competition last season forced them to delay their plans by a year.

A committed and talented Valleys side – led outstandingly by captain Ali Brigginshaw in the grand final – stood in their way in 2021, with the minor premiership-winning Diehards putting in an almighty fight in the final in a high-speed and highly physical match.

“[I am] extremely proud of the girls … to finish off like that … we made it hard for ourselves, but what a win, what a grand final to play in,” Bears coach Tahnee Norris said following the match which produced some great individual plays to turn the match.

“The girls are used to that high-pressure stuff and being able to just turn it around and look after themselves and know that one of them is going to be able to produce something.”

Outside of some key tries, one of the match-turning plays was a one-on-one strip by Crystal Tamarua in the 66th minute when they were trailing 20-18 which gave the Bears the chance to keep attacking their opposition’s line, eventually resulting in the match-winning try to Tamika Upton.

The entire game was played at an intense level, with Valleys opening the scoring in just the second minute when Shenae Ciosiolka, playing centre for this match, kept her wits about her to scoop up a loose ball from an unclaimed kick to go over in the left-hand corner.

Upton hit back only moments later for the Bears – but then it seemed neither team was going to have the advantage at halftime following a relatively even first half.

However, the two teams still had points in them, with the Bears showing their experience to cross for two quick-fire tries just before the break, which was countered by a great try in the corner to Savannah Pratten in the final minute of the half to narrow Burleigh’s advantage to 14-8 at the break.

The Diehards came out firing after halftime, with Brigginshaw showing her class to get the first try of the second half, throwing dummy after dummy on her way to the line.

Valleys hit the lead again when Sarah Riorden powered her way over some Burleigh forwards soon after; but the Bears were never going to be out of the reckoning and they were able to turn the momentum back their way in the closing stages.

Following the match, Valleys coach Scott Prince said he was proud of his players, their effort and the season they had produced.

“I am very proud of the girls, the effort was amazing, just to turn up defensively, I think in the first half, Burleigh had a lot of possession and that started to swing in the second, we spoke about that at halftime,” Prince said.

“It’s never over against a quality side like Burleigh and we knew that we had to be clinical in the second half to get the win, but just a few moments, a one-on-one tackle with the strip, that was pretty much the tale of the tape and they scored and wrapped her up.

“Our goal was to play in a grand final and win it, and we just fell short, but it makes you more hungry next year.”

For the Bears, halfback Zahara Temara was a standout and claimed the Hastings Deering Player of the Match honours following a display that was full of defensive grit and great attacking play, with her kicking game helping to put Burleigh on the front foot.

The large and vocal crowd were left fully entertained and many will now look forward to seeing some of the grand final players in action on the Sunshine Coast for State of Origin on June 25.