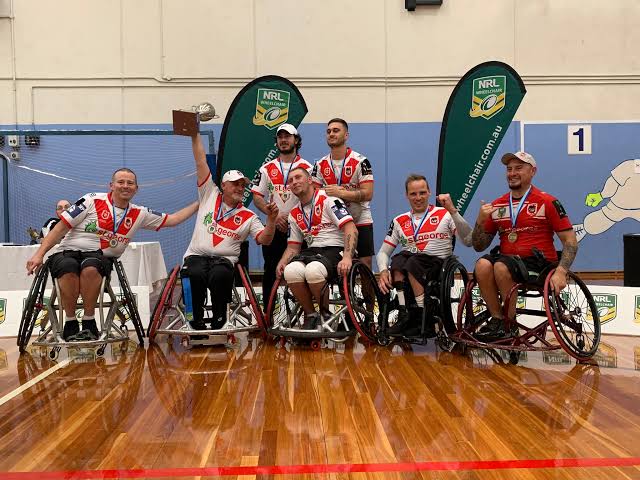 The St George Illawarra Dragons are chasing their fourth consecutive NSW Wheelchair Rugby League title when they face the Canberra Raiders in the Division One Grand Final this Sunday.

One of the founding teams in NSW Wheelchair Rugby League competition, the Dragons have dominated recent seasons, finishing with the Minor Premiership again in 2021 and on track to win their fourth title in four years.

The Dragons will face a Raiders team who made the jump to Division One after winning the 2020 Division Two title.

In the Division Two Final, the Manly Sea Eagles will face the Newcastle Knights.

Both matches will take place at Menai Indoor Sports complex and will be livestreamed on the NSW Wheelchair Rugby League Facebook page.