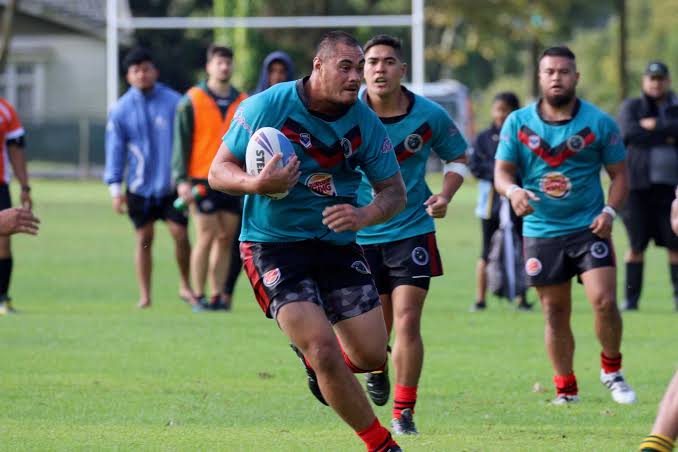 Fox Memorial Premiership Qualifiers:
Marist 12 lost to Mt Albert 42
Helped along by doubles to centre Cole Waaka and hooker AJ Meleisea, Mt Albert claimed a big win over Marist to continue their charge towards a top-three place. The Lions led 26-0 at the break at Murray Halberg Park.

Richmond 16 lost to Glenora 38
Twenty unanswered points in the first 15 minutes set Glenora up for victory over Richmond, with the Bears extending their unbeaten streak in 2021 to seven games. The west Auckland outfit crossed twice before the game was even five minutes old – with bookends Chase Bernard and Soape Kavaliku going over for tries – and led 24-6 at the break. Richmond continued to fight though and improved as the game went on, thanks in part to the possession count evening out.

Otahuhu 68 defeated Te Atatu 6
Otahuhu ran riot at Bert Henham Park to claim a big win over Te Atatu, with former SAS Fox Memorial Premiership Player of the Year Phoenix Hunt starring at dummy half. Hunt was among four Leopards who scored a double, with the south Auckland side having taken a 34-6 lead into the sheds at half-time.

Mangere East 33 defeated Howick 32
James Dowie nailed the match-winning field goal with a minute and a half left on the clock to hand Mangere East their third victory of the year. The Hawks had led for the entire match – taking a 26-10 advantage into the break – before Howick staged a late comeback and drew even with two minutes to play. At that point Dowie stepped up to secure the win. Back-rower Sam Ikahihifo was among Mangere East’s best in the win.

Northcote 22 defeated Papakura 16
Northcote held on to secure a valuable win in their quest to avoid dropping down to the second-tier this season, edging past a fast-finishing Papakura for their second victory of 2021. Papakura scored on the very first set of the game, but from that point on Northcote took control and led 18-6 at half time. The Sea Eagles scored 10 points inside the final 15 minutes to give the Tigers a late scare, but ultimately fell just short.

Bay Roskill 16 lost to Pt Chevalier 50
Pt Chevalier piled on a glut of points in the final 20 minutes to secure a comfortable win over Bay Roskill, in a match which had earlier been closely contested. Lock Brody Tamarua was among the Pirates’ best, helping them to remain undefeated so far in 2021.

Fox Memorial Championship Qualifiers:
Otara 22 lost to Manukau 28
Both Daryl Sanft and Samuel Nati registered try-scoring doubles for Manukau in a win over Otara, which saw the Magpies have to survive a late Scorpions comeback. Manukau led 12-6 at the break and looked to have the game wrapped up when they were ahead 28-10 with 10 minutes to go, only for Otara to storm back and make it a one-score game in the end. Lock Yijo John was outstanding for the Magpies.

Papatoetoe 32 lost to Eastern United 40
A huge opening 40 minutes set Eastern United up for a win over Papatoetoe, with 24 unanswered points to their name at the half-time break. Second row/centre Taufa Latu scored twice for Eastern in the win.

Manurewa 6 lost to Hibiscus Coast 52
Hibiscus Coast assumed the outright lead in the Crown Lift Trucks Fox Championship Qualifiers, with a comprehensive victory over the previously unbeaten Manurewa Marlins. Standoff Korey Craig was outstanding for the Raiders, scoring five tries. The Hibiscus Coast raced out to a 20-6 lead at half-time before piling on 32 unanswered points in the second spell. Wings Caleb Niu and Longo Vailahi both scored doubles for the Raiders.

Waitemata 16 lost to Pakuranga 40
The Pakuranga Jaguars picked up their second win of the year, getting past Waitemata on the road at Ranui Domain.