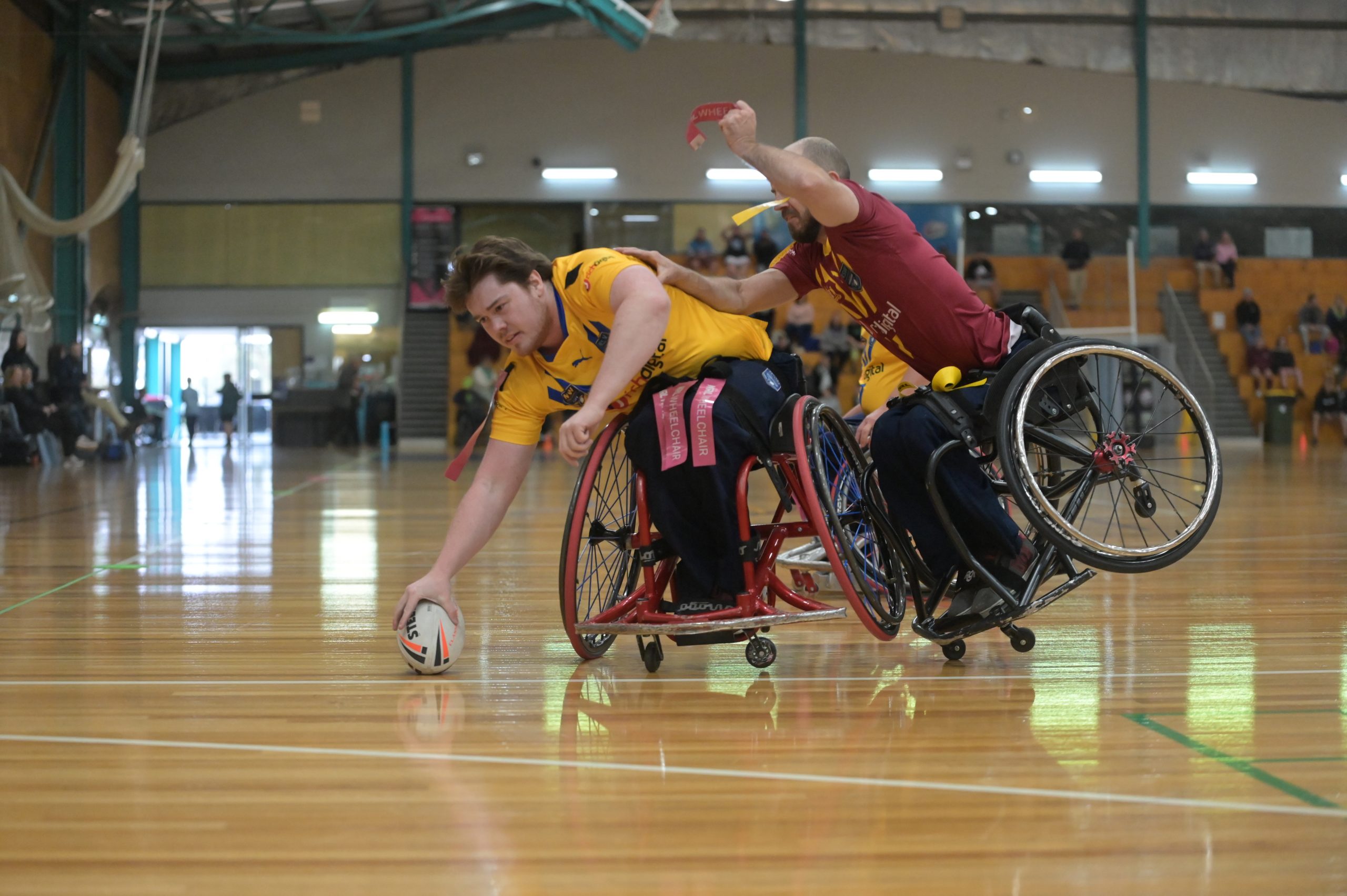 The match marked the start of this weekend’s revitalised NSWRL County v City program which will feature eight matches played on two days across three different venues in Wollongong and Sydney.

NSW Country were the first to score in the 3rd minute via Captain Brad Grove (Wheelaroo) and followed with three further tries in quick succession to establish an 22-0 lead.

Country opened the scoring again in the second half after a tense and physical opening 10 minutes which featured some brutal collisions and entertaining ball movement.

City remained in the contest by replying with a try of their own to Jeremy Ayoub and some enterprising play by Craig Cannane, Tim Luff and Stephan Rochecouste.

Country soon established dominance and were confidently led around the court by experienced Wheelaroos Grove, Brett Henman and Diab Karim, whose direction ensured Country maintained their lead and claimed victory.