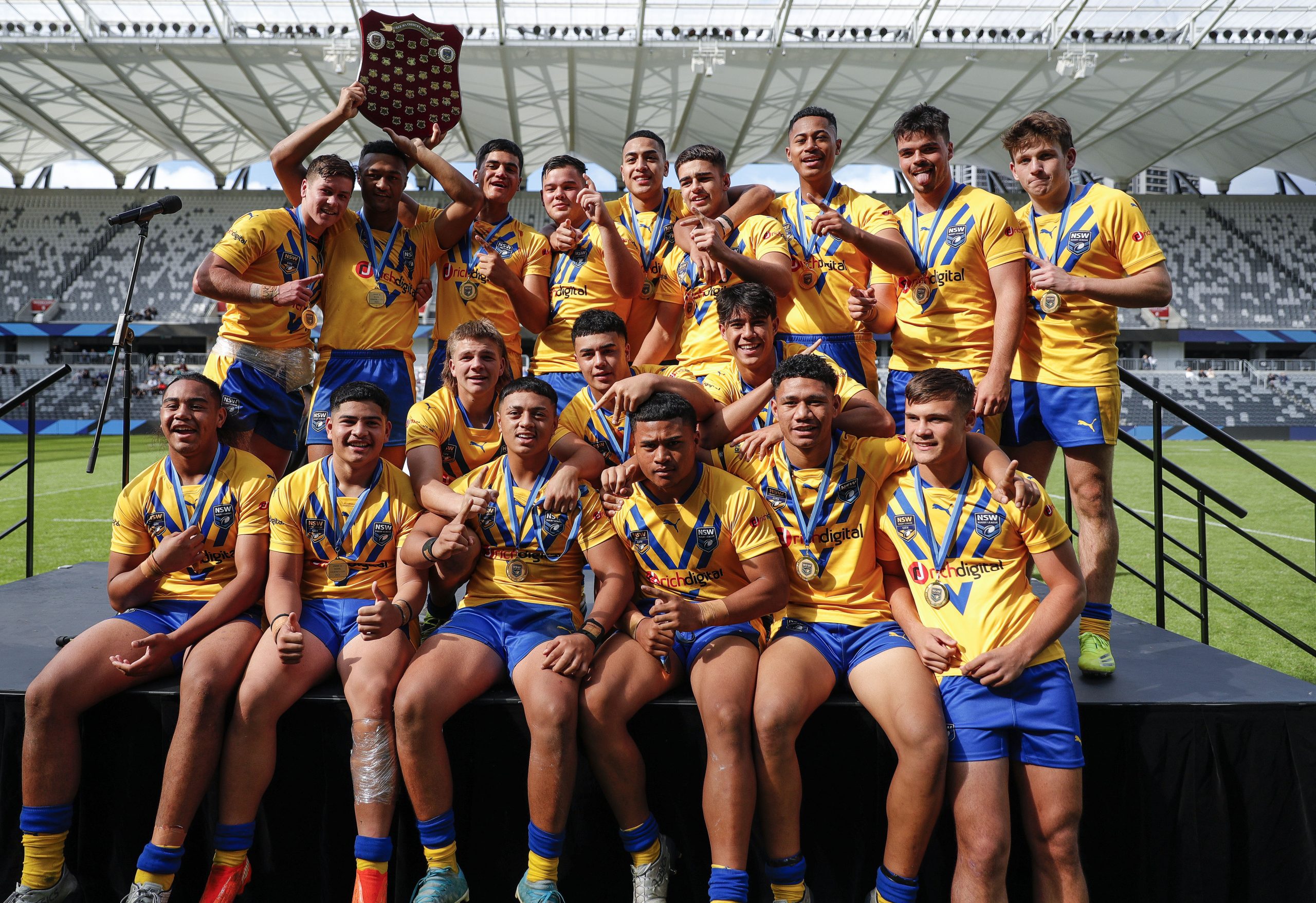 NSW City Under 16s have put on a dominant 80-minute performance to defeat NSW Country 34-12 in the opening NSWRL Country v City Representative Weekend match at Bankwest Stadium on Saturday 15 May.

The first try of the match came after City halves Latu Fainu and Blaize Talagi combined, and it was backrower Jermaine McEwen who reaped the rewards and crashed over on the right edge. Talagi successfully converted to have his side up 6-0 after nine minutes.

Country hit back in the 16th minute after fullback Clay Baldock floated a beautiful cut-out ball over the top to send Tyrell Arama over on the left-hand side of the field. After setting up the try, Baldock also converted from the sideline to bring scores level.

With both sides going back and forth, it was City who broke the deadlock after some beautiful footwork from Jesse McLean allowed eventual Player of the Match Cooper Toy to pull off an acrobatic finish and put his team in front.

From there, City started to assert their dominance and they were next to score through Siamini Leuluai who beat several defenders before crashing over the line.

Roy Quiroz-Mapusua was outstanding for City as he made his mark on the game with strong defence and hard ball running and he was rewarded for his efforts with a try in the 27th minute. He was set up by Latu Fainu who got a brilliant offload away allowing Quiroz-Mapusua to race away 60m downfield and beat several defenders to score an impressive four-pointer.

The conversion from Talagi was unsuccessful and City went into the half-time break with a commanding 20-6 lead.

Country started to build plenty of pressure off the back of penalties, although it all came crashing down when Talagi scooped up a grubber kick on his own line and passed to McLean who went the distance and scored under the posts.

With the win all but secured, Toy bagged himself a double after fending off a defender and diving over the line to score, and Talagi added the extras to put City up 30-6.

The next points of the match came through Fainu, who was brilliant all game and showed why he was the UNE Harold Matthews Cup Player of the Series, as he burst through the line and threw a no-look pass to Lehi Hopoate who went over under the posts.

With one minute left, Country scored a consolation try after James Miller squared-up a couple of defenders and put Kaide Pratt over. Baldock converted bringing the final score to 34-12.