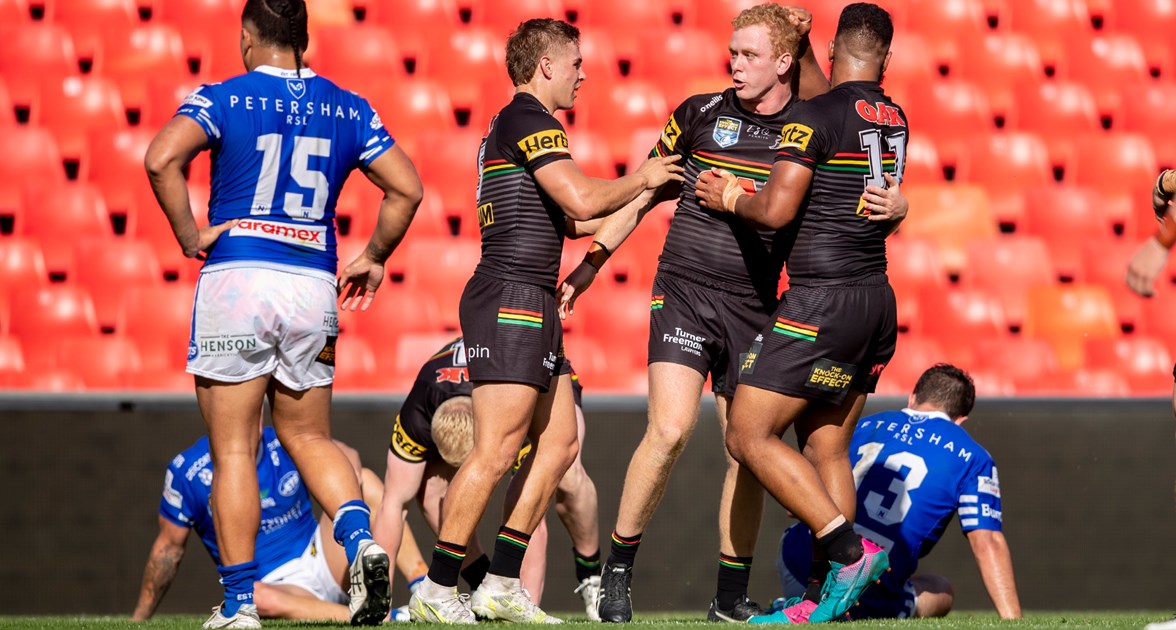 Despite losing the bulk of their squad in the lead up to last weekend’s game, the Penrith Panthers have kept their undefeated start to the season alive with a 46 – 18 win over the Newtown Jets at BlueBet Stadium.

As a result of the NRL’s upgraded COVID-19 protocols, the Panthers were forced to field a team consisting of nine St Marys Ron Massey Cup players and eight members of the Panthers Jersey Flegg squad.

With no ability to train together, the new squad found themselves down 14 – 0 early on in the game and looking down the barrel of recording a significant loss. Remarkably however, the Panthers rallied, and scored 46 points to see the Panthers win their eighth match of the season.

In other matches played over the weekend, the Blacktown Workers Sea Eagles have ended their losing streak after securing their second win of the season, defeating South Sydney Rabbitohs 30-18 at Ironmark High Performance Centre in Sydney, whilst at Bankwest Stadium on Friday, it was the Jakob Arthur and Jordan Rankin show as the Eels recorded their biggest win of the season, defeating the North Sydney Bears 39 – 0.

In Wagga Wagga’s first NSW Cup match of the season, the Canberra Raiders went down 22-20 to Newcastle Knights in a nail-biting finish at McDonald’s Park, whilst at Kogarah, the St George Illawarra Dragons secured their second win of the season as they defeated Mounties 36 – 22.

Meanwhile in the Jersey Flegg Cup, nothing could separate the Panthers and Sharks after both teams 20-all at the end of regulation time.