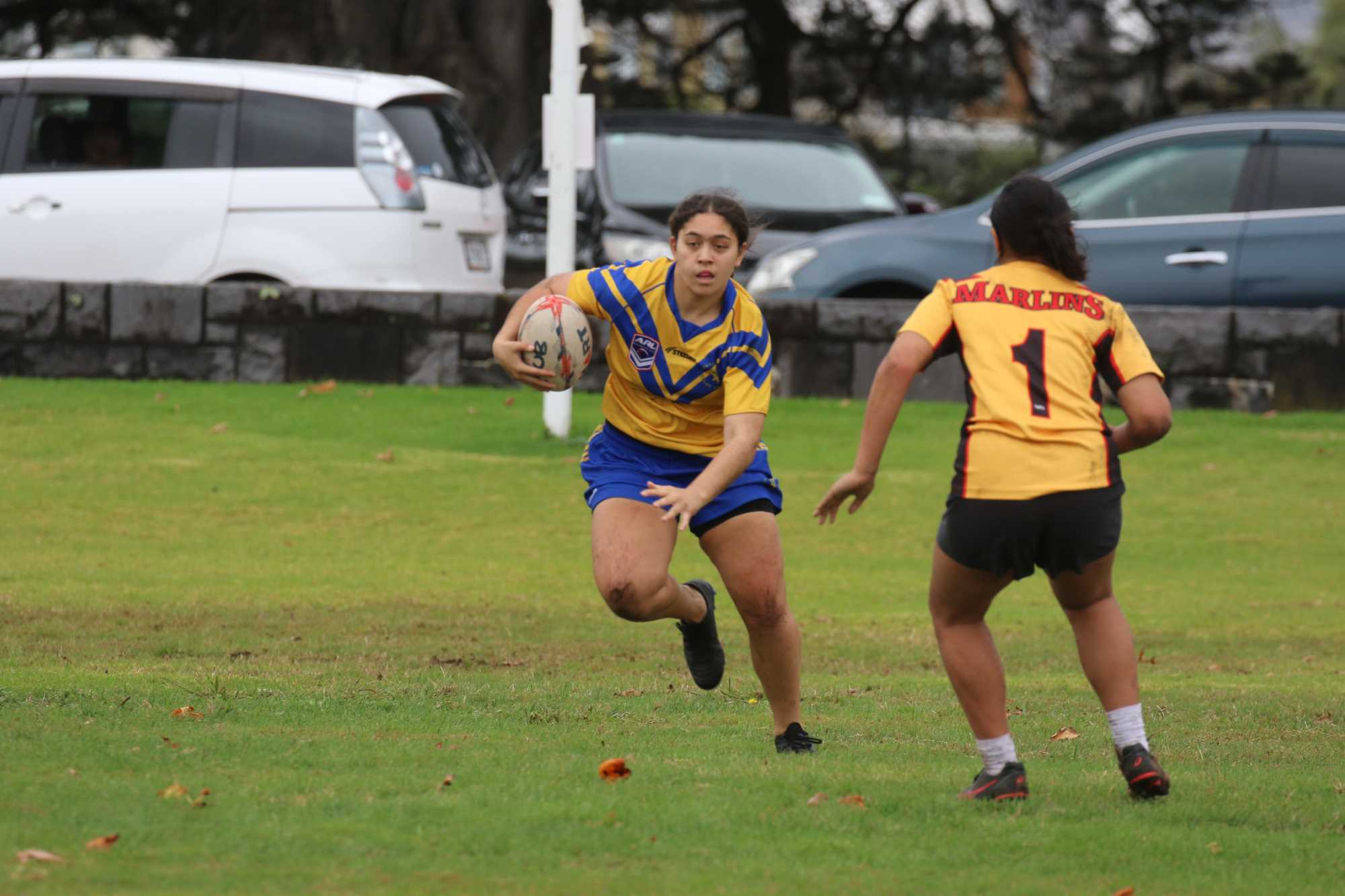 Match reports from Round 1 of the Farrelly Photos Women’s Competitions, played on May 2.

Farrelly Photos Women’s Premiership
Pakuranga 8 lost to Ponsonby 42
Mele Hufanga ran in four tries and both Noia Fotu-Moala and Nive Taulanga scored doubles as Ponsonby powered to a big first-up win. The Ponies led 20-0 at the break, with Pakuranga showing second-half improvement to score twice in the second spell

Manurewa 62 defeated Te Atatu 12
Aleasha Brider and MJ Finau both scored three for Manurewa in a big win over Te Atatu. The Marlins led 28-6 at the break. Representative star Katelyn Vaha’akolo was the standout for Te Atatu at Mountfort Park.

Tuakau 10 lost to Taniwharau 46
A classy performance from Harata Butler, which included scoring three tries and setting up several others, led Waikato side Taniwharau to victory over Tuakau. Taniwharau led 14-0 at the break before running away with the contest in the second period.

Howick 58 defeated Marist 18
A hat-trick inside the opening 20 minutes to fullback Melvina Weilert set Howick up for a big win over fellow competition newcomers Marist. The Hornets led 24-4 at the break.

Manukau 58 defeated Otara 22
Beni Amina’s four tries did much of the damage for Manukau in a big win over Otara. The Magpies controlled the majority of the match, although Otara did well to remain in the contest and cross for several tries of their own