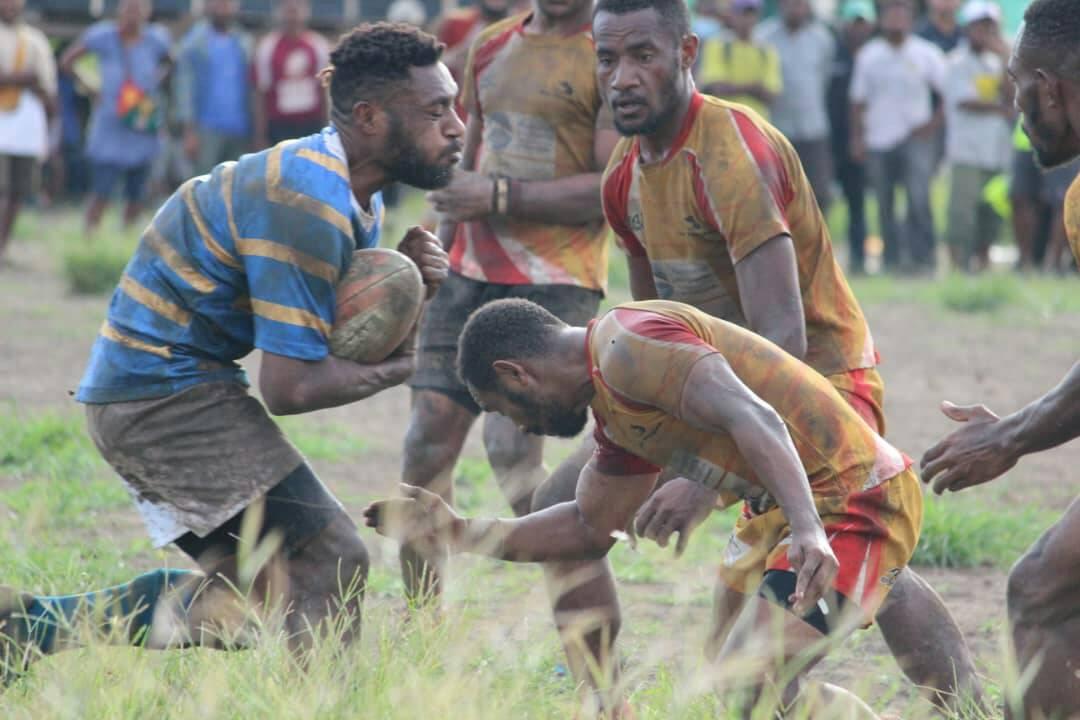 The Pole Particles will be chasing their sixth Bushwara RP Cup title this weekend when they face SNK Middle East in the 2020/21 tournament Final.

The Particles, who are based in 9 Mile just north of Port Moresby, have become regular participants in the Off-Season competition’s Grand Final, winning five of the past eight titles on offer. They will face the SNK Middle East team from 6 Mile who will be chasing their first piece of silverware.

Qualifying for the big event, the Particles defeated the Foodland Tigers 10 – 0 in the Cup Semi Final two weeks ago, whilst the SNK Middle East defeated the Cement Bruk Warriors 10 – 8.

The 2020/21 Bushwara RP Cup featured sixty-four teams from predominately north-east Port Moresby in both the A-Grade and B-Grade competitions. Teams were grouped into four pools of sixteen with the top four from each qualifying for the Finals after fifteen rounds.

SNK Middle East were one of four Minor Premiers at the end of the regular season, topping Pool D. D/Turf, Undertaker Spartans and Nature Eagles were the other Pool Minor Premiers.

The Grand Final will take place this weekend at Bushwara Oval. In the B-Grade Grand Final, the D/Brothers will face the Erima Yawas.