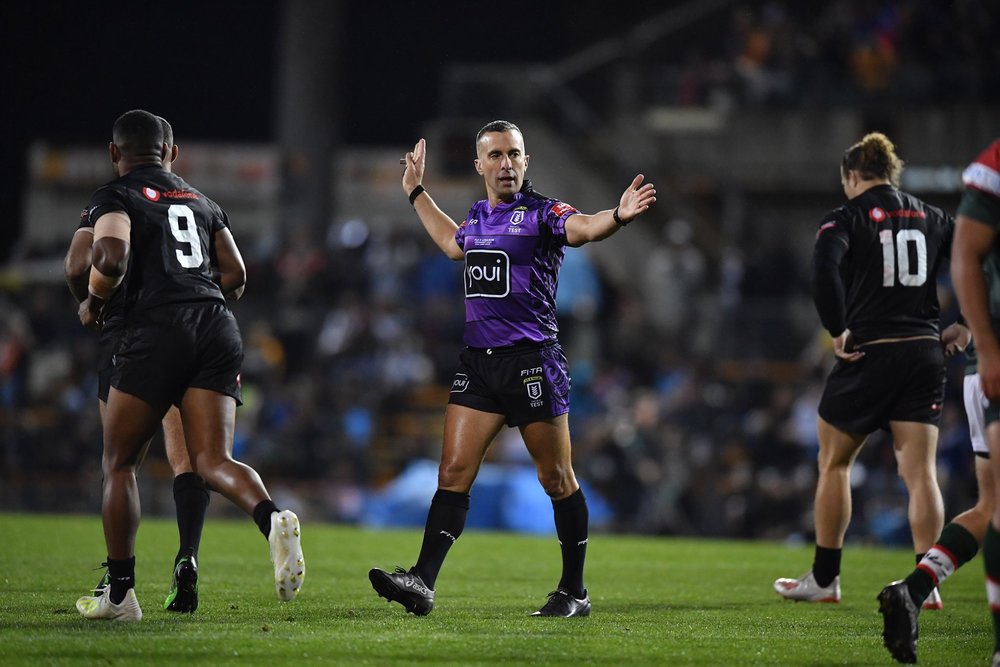 International Rugby League approves changes to Laws ahead of RLWC2021

The Board of International Rugby League (IRL) has approved the recommended changes to the international Laws of the Game as proposed by the Laws Advisory Group (LAG). The group, which is chaired by IRL Match Official Manager Stuart Cummings includes members from the Australian Rugby League Commission, the Rugby Football League, Asia Pacific Rugby League and European Rugby League.

LAG has been working to harmonise the Laws for competitions around the world which has included a full examination of different laws, interpretations and terminology. The Laws, which have now been agreed and approved for adoption include the following changes:

20:40 Kick – a ball kicked in general play from inside the 20-metre area into touch inside the opponents 40-metre area will result in a tap re-start for the kicking team.

Ball steal – a penalty will be awarded when more than two players are involved in the tackle and the ball is stolen, however if the ball-carrier is attempting to ground the ball to score a try, the ball steal is permitted.

Lateral position of scrums – The team with the loose head and feed may choose to set a scrum in-field 10 metres, 20 metres or centre field in line with the original infringement.

Ball in touch – when the ball or a player carrying the ball goes into touch, the opponents will re-start play with a play the ball at either 10 metres, 20 metres or centre field, in line with the point of entry.

Infringements at the play the ball – where defenders deliberately infringe to slow the play down, the tackle count will be re-set to zero.

Mutual infringement – if the referee deems that both teams have infringed at the same time, play will re-start from the previous play the ball.

In addition to the approval of the International Laws of the Game, the Board has also approved several specific conditions of play which will apply to RLWC2021. These are:

Time off – the clock will stop for all stoppages in the final 5 minutes of the game and after 1 minute and 20 seconds if a conversion or penalty attempt has not been completed.

Time stops after a goal-kick – the clock will automatically stop for 30 seconds after attempts at goal. Play will re-start when the clock reaches zero.

Captain’s Challenge – each team will have one opportunity for the captain to challenge the referee’s decision. If successful, they will retain their challenge.

Cummings commented upon the changes: “This has been a long and complicated process, but we have an excellent outcome and now the International Laws can be applied uniformly. I would like to thank all the members of LAG and the many other contributors who worked collaboratively to reach this outcome.”