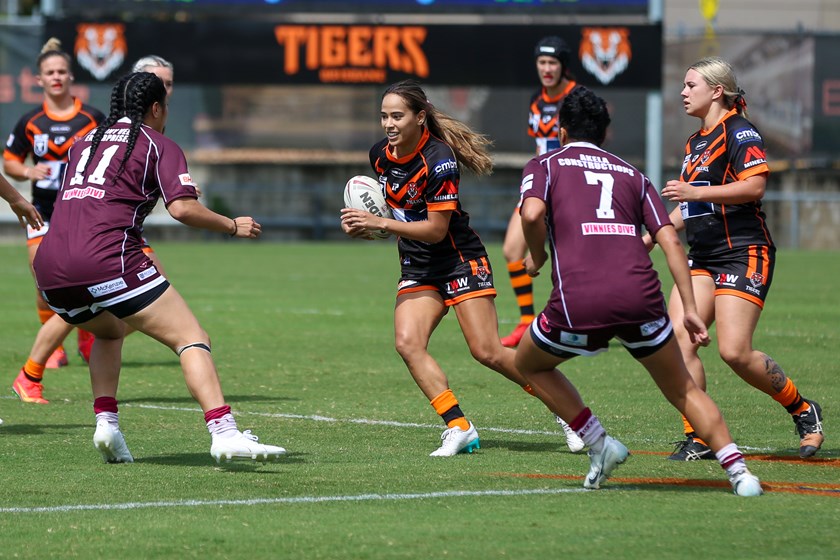 Bears dominate in opening round of BHP Premiership

Tamika Upton, Shellie Long and Karina Brown all scored hat-tricks as the experienced Burleigh Bears dominated in their Round One BHP Premiership fixture against the Brisbane Tigers at Totally Workwear Stadium.

Making her debut for the Burleigh Bears after starting season 2020 as a member of the Central Queensland Capras, Upton was a key player in Burleigh’s near faultless performance against the young Brisbane Tigers team.

The Bears will now face the Tweed Seagulls at Tweed Heads, who also came off a strong win, defeating the Valkyries Queensland team 42 – 22. Queensland Maroons and Brisbane Broncos player, Tarryn Aiken, starred for the Seagulls, scoring a hat-trick in the second half to defeat a committed Valkyries outfit.

In the other matches played, competition newcomers, the Valleys Diehards, took no time to flex their muscle in the BHP Premiership with a gritty 18 – 14 win over the North Queensland Gold Stars at Barlow Park, whilst the Central Queensland Capras defeated West Brisbane Panthers.

The Capras and Gold Stars will go head to head in Round Two, whilst Valleys will look to make it two from two when they host the Panthers.