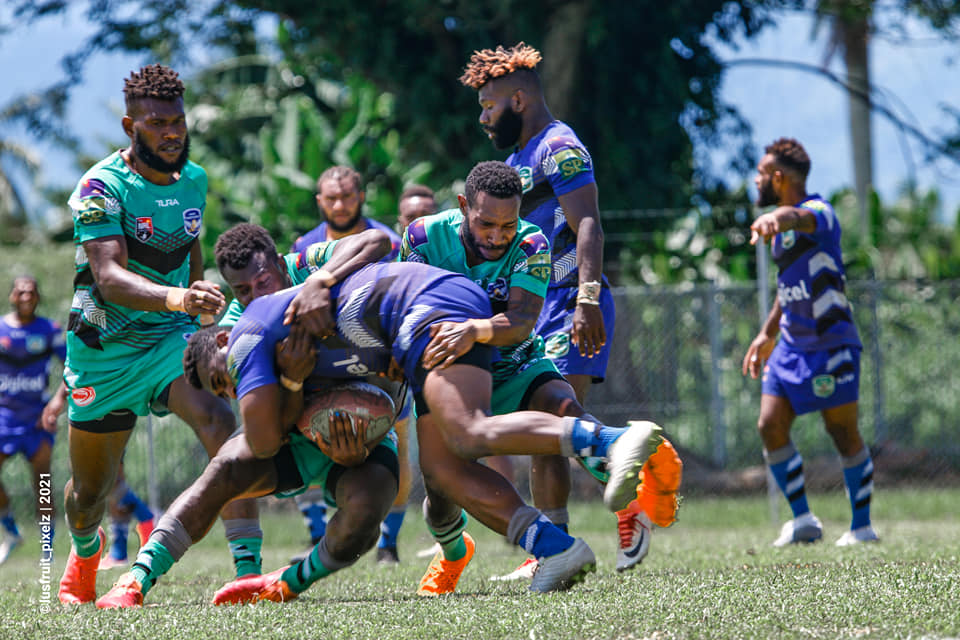 The Kimbe Cutters will host their second and final trial this weekend when the club takes on a Bialla Rugby League Select XIII at Peter Humphrey’s Oval.

The Bialla Select XIII is coached by former Kumul and Port Moresby Viper, Chris Lome, and has been based in the village of Ulaomna preparing for the match. Bialla is located on the north coast of New Britain, with the league encompassing the towns within the Bialla Local Level Government (LLG).

The team is part of the Cutters’ ‘Next Generation’ programme, which is designed to help identify talent across the West New Britain Province. Kick off for the match is 2pm this Saturday.

The Kimbe Cutters only other trial in the lead up to the Digicel Cup was an inter-club trial between Kimbe Cutters Blue and Green, with the Blue Select winning 22 – 18. The Cutter’s planned trial against the Rabaul Gurias was cancelled.

The 2021 Digicel Cup will kick off in late April.