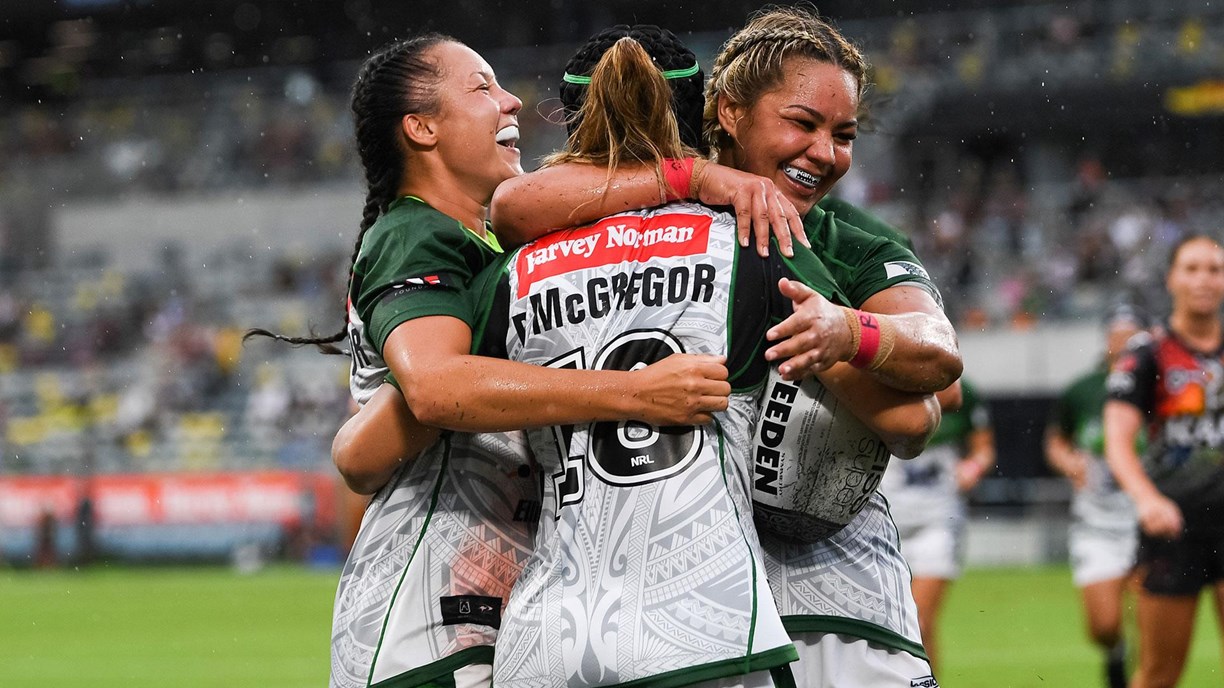 Temara, McGregor shine as Maori All Stars too good for Indigenous team

Five-eighth Raecene McGregor scored a double as the Maori Women’s side outclassed and outmuscled the Indigenous All Stars for a comprehensive 24-0 victory at Queensland Country Bank Stadium on Saturday night.

Despite being without their New Zealand based players due to the COVID border restrictions, the Maori were totally dominant as they made the most of the slippery conditions to run out five-tries-to-nil victors.

The win puts the Maori ahead 2-1 in the head-to-head record after the Indigenous women claimed a 10-4 win on the Gold Coast last year.

Peters and Hill-Moana set the platform with their strong runs while Maynard’s sharp work out of dummy half kept the Indigenous defence back-pedalling.

Temara orchestrated the demolition job with a hand in two tries in the opening quarter and then came up with a crunching tackle in the third quarter that forced a mistake and led to her side’s fourth try of the night.

The Maori women dominated the opening half as the Indigenous side suffered from too many errors brought about by the intensity of the opposition defence.

Raecene McGregor opened the scoring when Temara’s grubber ricocheted off the upright and bounced away from the outstretched arms of Indigenous fullback Jaime Chapman in just the third minute.

Centre Amy Turner crossed next and while Temara threw the final pass the try was set up by a wonderful behind-the-back offload from second-rower Crystal Tamarua as the Maori led 12-0 inside 11 minutes.

Winger Shanice Parker extended the lead to 16 points three minutes before half-time after taking the quick tap from a high tackle penalty as she pushed aside three defenders and forced her way into the corner.

Any chance for an Indigenous fightback in the second half was brought to a sudden halt by the Maori defence, Temara forcing a mistake that enabled Page McGregor to score in the corner with a set play off the scrum re-start after 39 minutes.

Raecene McGregor completed her double in the 45th minute, pushing aside defenders to score a solo try from dummy half.

The Broncos NRLW pivot failed to finish the game after she was flung in a tackle with eight minutes left and stayed on the ground clutching her neck. She walked off the field but did not return for the rest of the game.

The Indigenous women fought hard but ultimately they had too little possession and far too many mistakes to build any pressure against a rampant Maori outfit.

Indigenous captain Tallisha Harden led the way with 14 hit-ups, while fullback Jaime Chapman also had some impressive touches, but it was the big game experience of the Maori side which ultimately proved the difference.