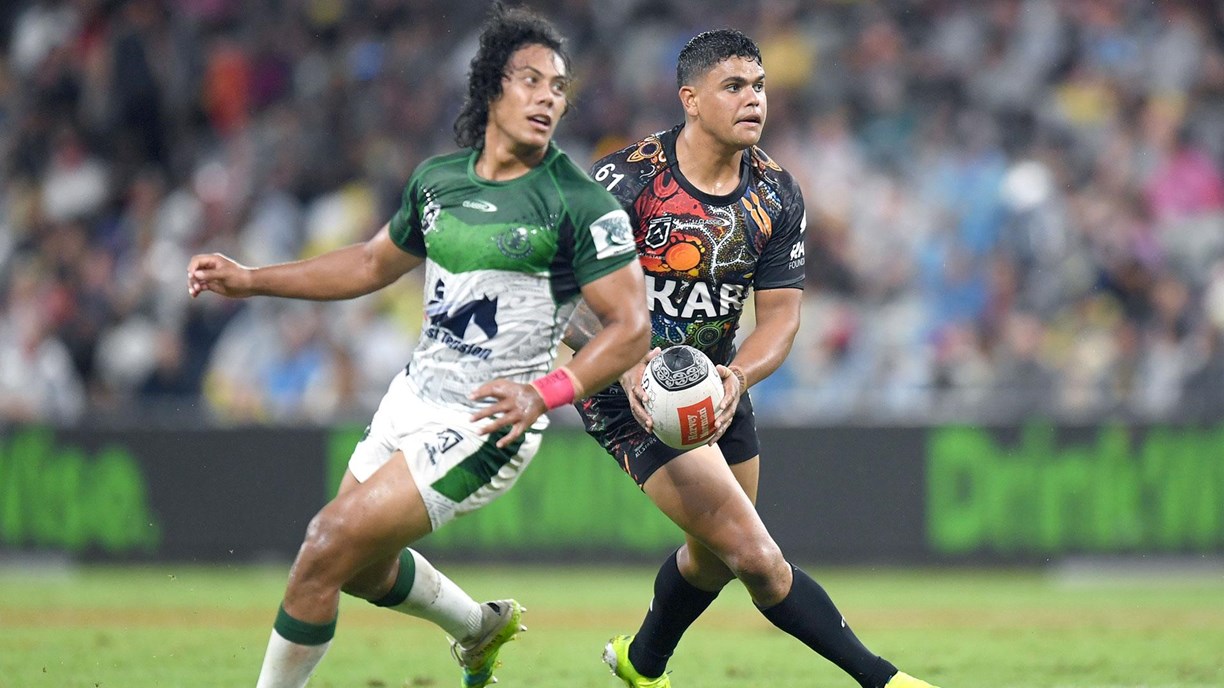 Honours shared in 2021 All Stars clash

Indigenous skipper Cody Walker admitted he was to blame for the penalty goal miscommunication that resulted in a 10-all draw with the Maori All Stars because he didn’t get coach Laurie Daley’s message to go for the win.

Trailing 10-8 with just over a minute on the clock Walker opted to take a penalty shot from a James Fisher-Harris penalty unaware there would be no golden point extra-time.

Daley said he “wanted to go for the try” but Walker couldn’t see any message when he looked to the bench and assumed levelling up the scores was the best play believing they’d have extra-time to decide the match.

Instead the game ended in a draw for the first time in the history of the All Stars game and the teams shared the Arthur Beetson Trophy.

“I turned around and I thought it was golden point,” Walker said.

Daley said although he wanted his team to go for the win he considered the draw a fair result.

“I think when you look at it overall of course we would have loved to have won but I think you just saw two passionate proud cultures having a crack right til the death,” Daley said.

“We made it extremely hard for ourselves, we didn’t have any good ball, we turned it over, we were ill-disciplined at times but the commitment to defend and just keep turning up was as good as I’ve seen.”

In a low-scoring game there were moments of brilliance and desperation from both sides.

Latrell Mitchell came up with a classy grubber kick for Alex Johnston to score in the 64th minute to give the Indigenous All Stars a sniff of victory.

For the Maori side it was their experience that led the way with Benji Marshall instrumental from halfback and James Fisher-Harris fittingly awarded the Preston Campbell Medal as man of the match despite his costly penalty late in the game.

Fisher-Harris made 137 metres from 16 hit-ups and also made 26 tackles in a typically powerful performance.

Just three weeks after his glittering career appeared over, Marshall capped his surprise career extension with South Sydney by leading the New Zealand side in his debut appearance for the Maori.

With Jahrome Hughes and his five Melbourne Maori teammates stranded in Victoria due to COVID travel restrictions, Marshall stepped into the No.7 jersey with a superb performance that proved there are many miles left in his 35-year-old legs.

Marshall led an emotion-charged haka prior to kick off but after a tryless first half it was his sublime short ball to Jordan Riki that finally broke the stalemate as the Maori capitalised on the superior possession and field position.

The veteran playmaker was the calm amid a frenetic storm as errors upon errors left both sides unable to really hit their attacking groove in a game dominated by desperate defence.

“It’s not about trophies for us. It would’ve been good to win it but at the end of the day there’s a bigger picture,” said Maori coach David Kidwell.

“I’m just immensely proud of my boys. They put everything out there tonight and I couldn’t be happier for them.”