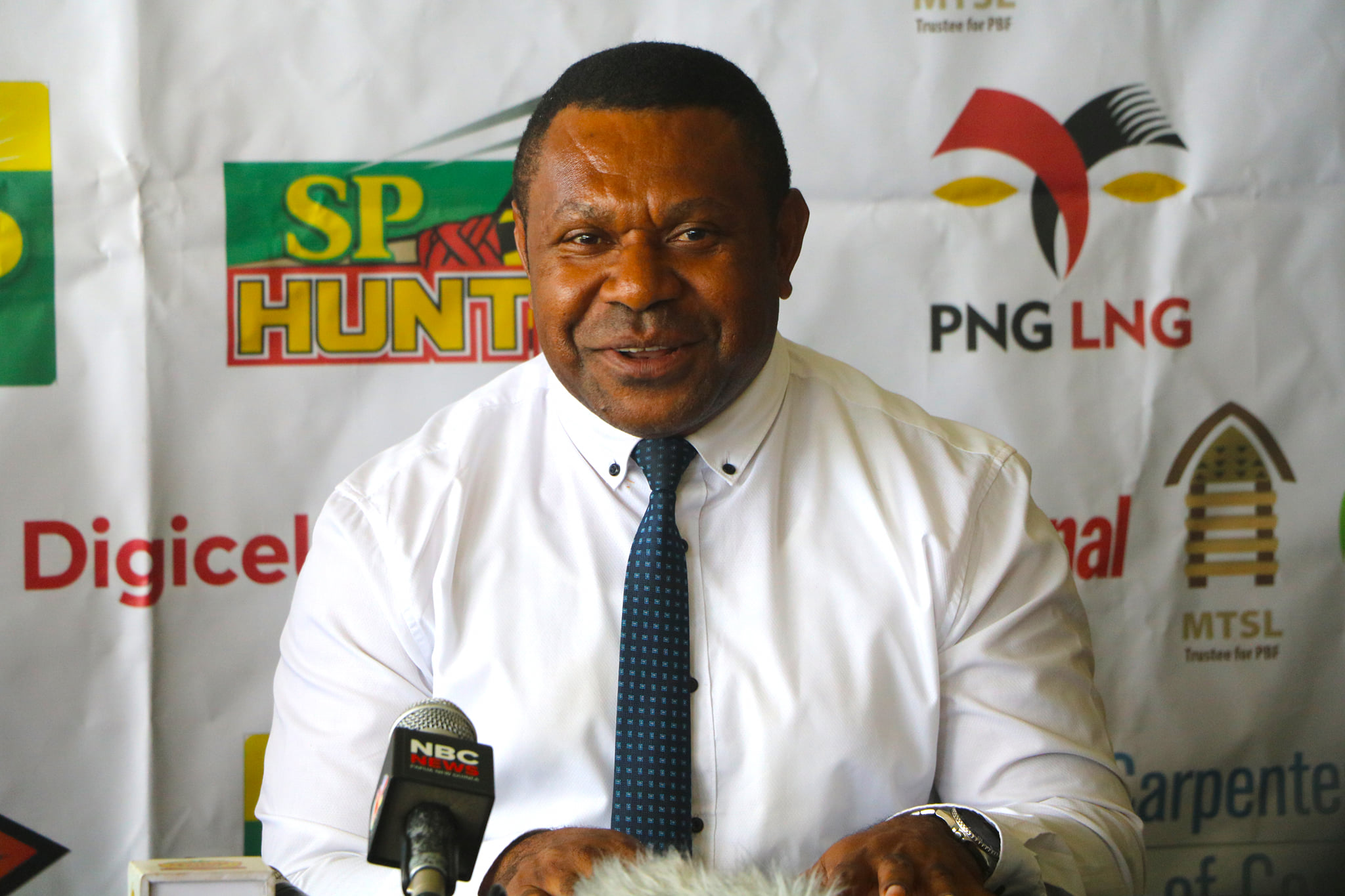 Hondina has been acting in the position following the resignation of former CEO Reatau Rau last October.

“Stanley (Hondina) has performed remarkably well for the past three (3) months while acting in the position,” Tsaka said. “The PNGRFL Board had no hesitation in confirming this appointment.”

The Chairman said Stanley is no stranger to the game. “He has played the game at all levels and had a great coaching career ahead of him but chose to take the path to be an administrator. ”

“Sometime back in 2014, I had a chat with him and pointed out to him that he (Stanley) had the attributes of making a good coach and/or an administrator and it was upon him to decide,” said Tsaka. “Looking back, we are pleased he made that call to be an administrator and seven (7) years on, see him at the helm as the CEO of the PNGRFL.”

Hondina holds a Bachelors Degree in Accounting from the PNG University of Technology, is a fully fledged CPA member and on Monday 2nd of November 2020 graduated with a Masters in Business Administration (MBA) from the University of Papua New Guinea. He is also an associate member of the PNG Institute of Directors.

“Hondina was previously the National Rugby League Competition (NRLC) Manager (2017 – 2020), formerly the National Rugby League (NRL) Administrator (2016) for the past six years and brings with him those leadership qualities needed to drive the game forward within PNG,” Tsaka said. “Prior to working with our sport, Stanley was employed as an auditor with the Auditor General’s Office and private accounting firm, Deloitte Touche Tohmatsu.”

He was instrumental in bringing our Tier 4 Semi Professional National Competition ‘Digicel Cup’ from where it was to where it is now and a key milestone amongst many was the delivery of a successful 2020 season amidst the global pandemic.

Chairman Tsaka said Hondina will continue to oversee the role as PNG NRLC Manager until a permanent appointment is made by the PNG NRLC Board. “The PNG NRLC managed Digicel Cup competition is set to kick off in two months and he will continue in his capacity as PNG NRLC manager to see that all relevant processes and requirements are followed.” Tsaka said. “The position will be advertised in the coming weeks to attract the best possible person.”

The Chairman added Hondina will also oversee the operations of the SP PNG Hunters until a new General Manager is appointed by the PNG Hunters Board.

“He has been and continues to work closely with all stakeholders involved both nationally and internationally to manage the challenging task of restructuring and relocating our SP PNG Hunters to South East Queensland for the 2021 Intrust Super Cup season,” Tsaka said.

Tsaka said the appointment of Hondina as PNGRFL CEO came into effect on Monday February 8, 2021 and is for a three (3) year term.

Hondina said he was humbled by the appointment and thanked the Board for their confidence. “It is a huge responsibility and I will do what is best for the development and growth of the game, its players, officials and the many volunteers within the country,” he said. “One of the priorities that needs immediate attention is supporting and strengthening our sport’s football, governance and commercial systems at local leagues, provincial, confederate and national levels as well as the National Schools programs.”

Hondina also thanked his predecessor for his contributions to the game. “I am grateful to Reatau Rau for laying down the foundations on much of what I inherited,” he said. “And a big thank you to Chairman Sandis Tsaka and the PNGRFL Board for this honour to head the biggest sporting organisation in PNG.”