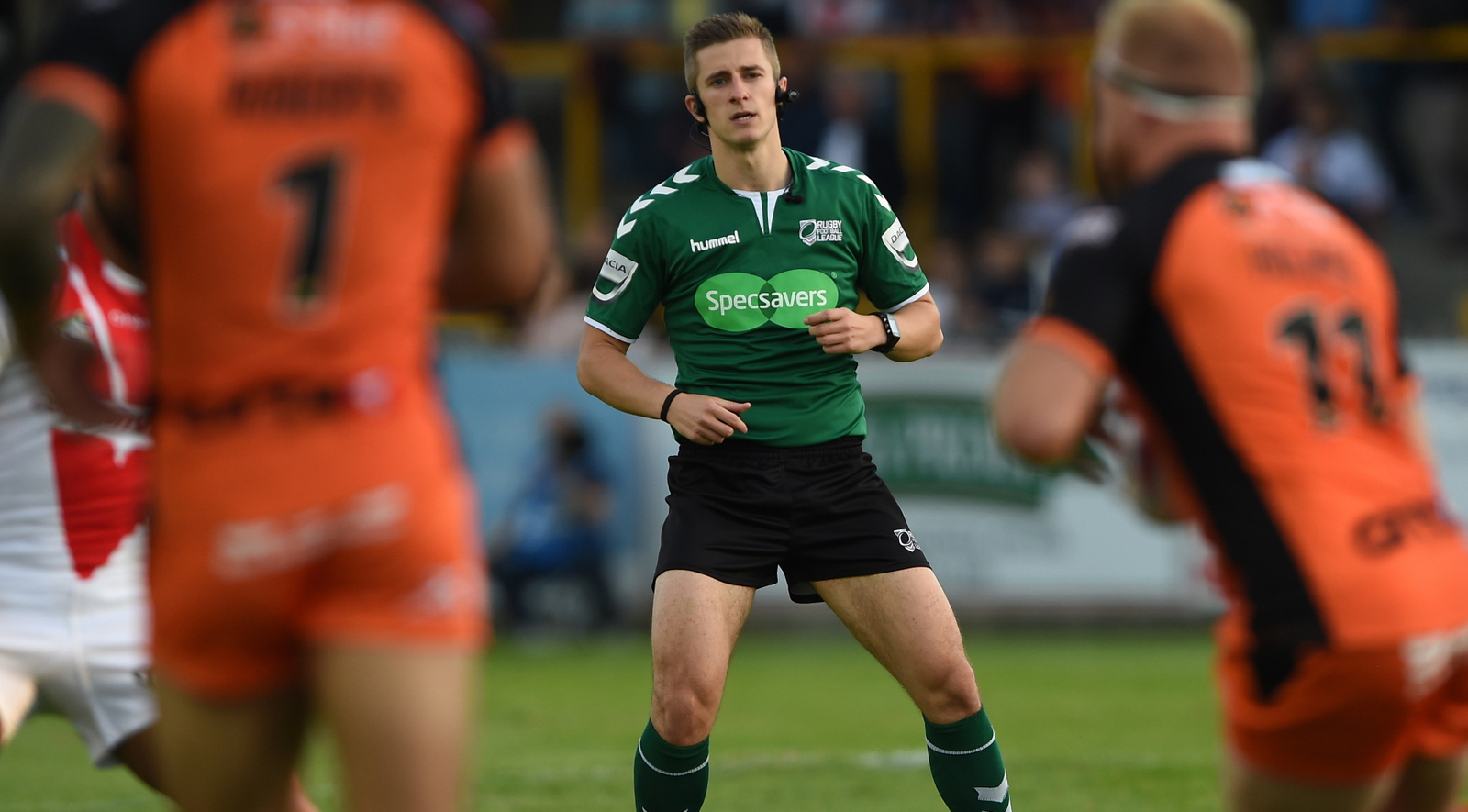 International Rugby League (IRL) has appointed a further three referees to its newly formed elite match officials panel. English referees, Robert Hicks, Chris Kendall and Liam Moore had their nominations from the Rugby Football League (RFL) accepted and will take their places in the squad for 2021.

All three officials are part of the RFL Full Time Referees squad, who referee regularly in the Betfred Super League competition and all the officials have been involved in officiating the international game. They have all officiated in World Cup tournaments with Hicks and Kendall making their World Cup refereeing debuts in 2017. Both these referees have experience of refereeing the top internationals while Moore made his World Cup officiating debut in 2017 as a Touch Judge. 2020 has seen Moore rise through the refereeing ranks to take charge of the 2020 Coral Challenge Cup Final and feature in the Betfred Super League play offs for the first time.

“The inclusion of the RFL’s nominated referees for the elite international squad further strengthens the depth and experience available ahead of high-profile year for International Rugby League. The referees will benefit from the experiences of other referees in the squad as well as providing valuable input themselves so that the squad develops and is ready for the start of the Rugby League World Cup in October.”

Robert Hicks said of his appointment, “I am obviously delighted to have been selected for the inaugural elite panel and grateful to those that have nominated me. It is a great reward for the countless hours put in throughout the last few seasons. International rugby league is the pinnacle and to be selected for this panel in World Cup year is exceptionally exciting.

Chris Kendall commented, “To referee at International level is the pinnacle of any match official’s career so I am honoured to be appointed to the elite squad. With the 2021 World Cup just around the corner, the prospect of refereeing a home World Cup is really exciting, especially given the challenging times we are all currently facing”.

Liam Moore was delighted by his appointment saying, “It is an honour to be appointed to the elite international referees squad. The international game is the pinnacle, and it is a privilege to be a member of this squad. I am excited by the growth of the International game and looking forward to working with the other officials.”

The Elite International Match Officials Panel will be made up of 8 referees with no one country being able to have more than three referees on the panel. The remaining referee will be selected to the panel once nominations have been received from the other countries.