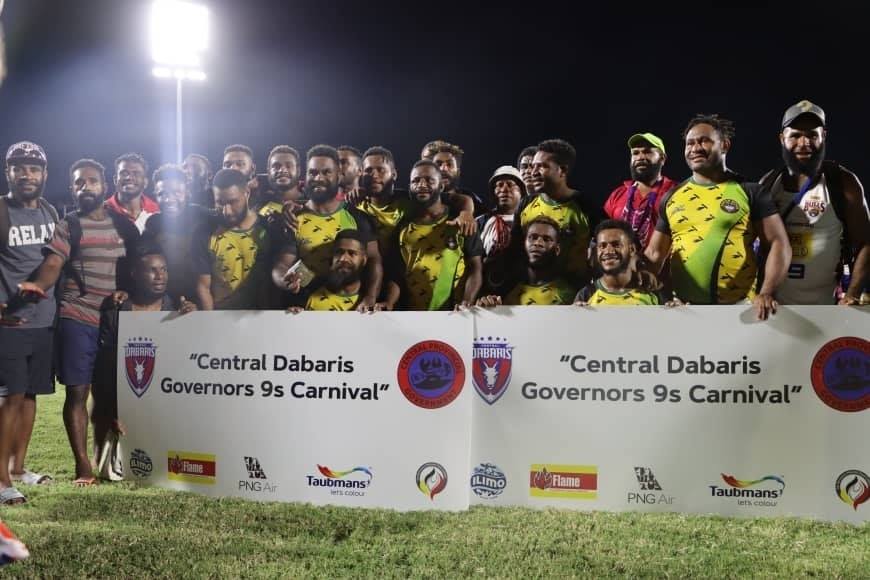 The Koiari Gogeas are the 2020 Central District Governor’s Nines Cup champions after they defeated the Porebada Bulldogs 36 – 18 in the inaugural Final in Port Moresby on Friday.

Under the guidance of former Digicel Cup coach, Norris Selu, the Gogeas claimed the K15,000 prize as they finished top in the 20 team finals.

Run by the Central Dabaris Digicel Cup team, the Governor’s Nines featured ten qualifier tournaments, with the intention of helping identify talent within the region.

Commenting on the tournament, Central Dabaris Programme Coordinator, Indy Verena, told The National that the two-leg tournament was successful in helping identify possible recruits for the Dabaris team.

“Our coaching staff were able to identify a few players who will join the train-on squad for the upcoming season and that’s what the tournament is all about,” he said.

“It just clearly shows that there are so many raw talents in the province during the zone programmes and the tournament on Friday.”

“I’m really impressed with the amount of talents coming through to compete in the championship round over the last two weeks.”

“Our coaching staff were also able to identify some talents across the 10 zones in the province.”