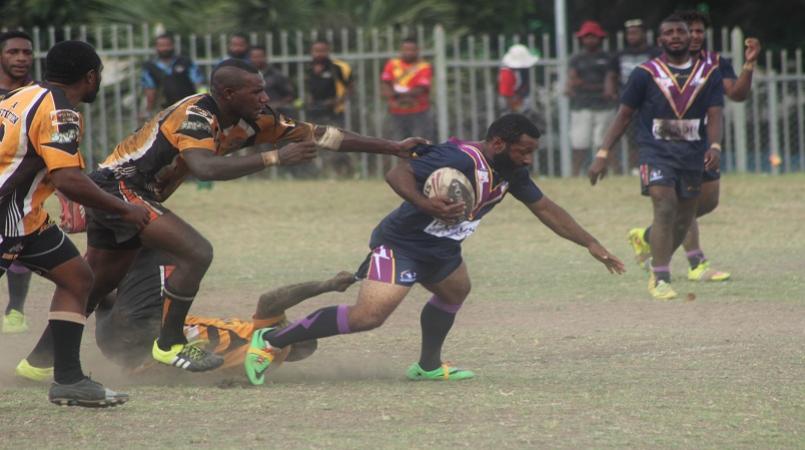 The Kone Tigers remain in the hot seat to win the 2020 Port Moresby Rugby Football League Minor Premiership after recording a convincing 22 – 4 win over the Kone Storm at the National Football Stadium over the weekend.

In the 72nd season of the National Capital District competition, the Tigers are so far undefeated in season 2020 with only four weeks remaining in the regular season. In their match against the Storm, the Tigers raced out to a 22 – 0 lead thanks to tries through Michael Tongia, Eves David, Joe Steven and Junior Manda before the Storm scored two consolation tries through Mark Kerowa and Willie Bire.

Helping the Tigers push for the Minor Premiership, the second placed Paga Panthers drew with the Hohola Flies 8 – all, thanks to a penalty conversion by Flies halfback Edward Eka in the final minutes of the match.