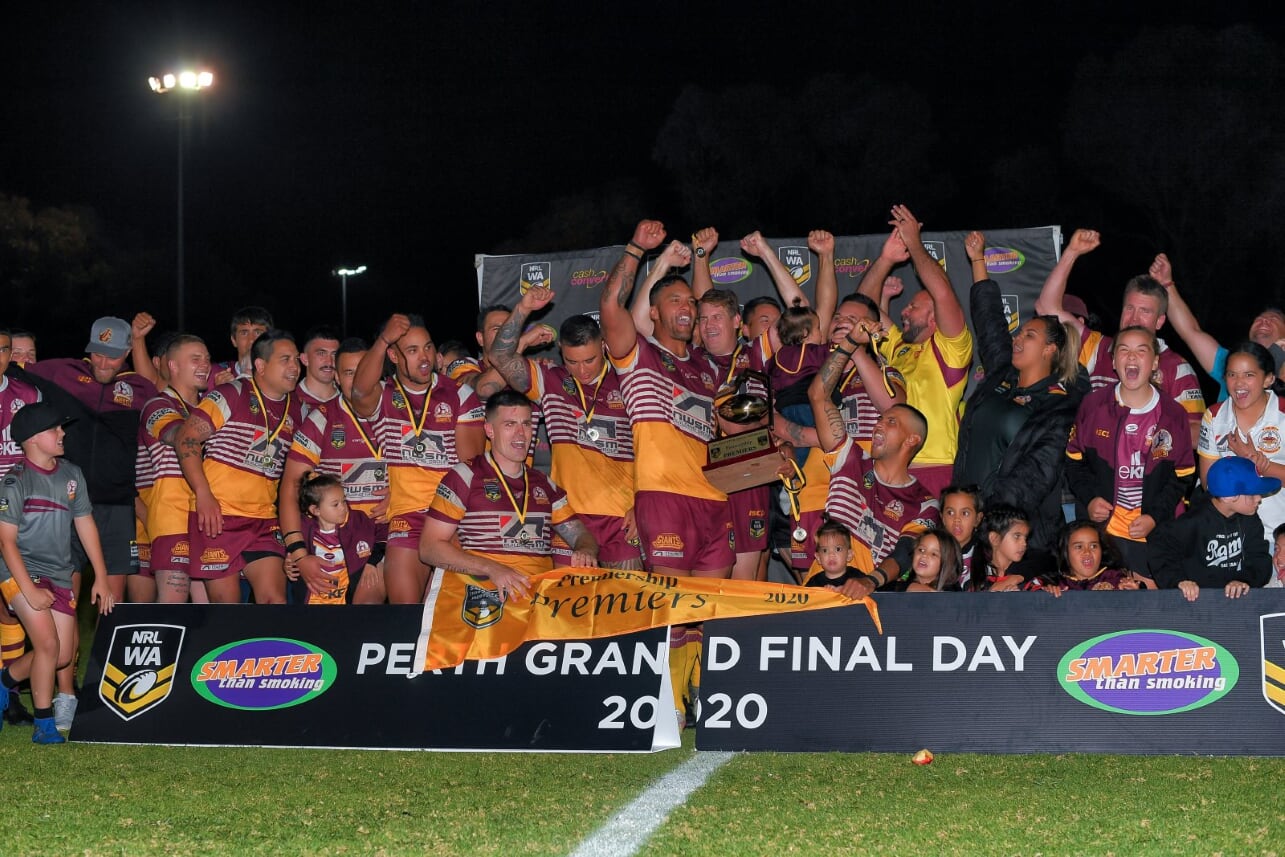 In what started as an absolute dogfight, Luke Turner put the Giants on top after some fantastic lead up work from Jeremy Browne. With Gus Marshall adding the extras, the Giants led 6-0 early and they looked like they might go on with it.

But the Rockingham Sharks, who have been underdogs this whole finals series answered in style, with Hayden Wood collecting a pinpoint bomb and diving over in the corner. Tyler Hunt stepped up to add the extras for the conversion, but his effort hit the post.

A penalty goal to the sharks tied things up, but then a strong effort from 10metres out from the line from Kainoa Gudgeon put the Giants up once again, and they led the contest 10-6 at the break.

A battle of attrition resumed in the second half, with both teams throwing everything at each other.

Back and forth in a seesaw battle with both forward packs stepping up, Andrew Jeffrey put the Sharks in front with an opportunistic try and with 5 minutes to go, at 12-10 it looked liked the Sharks might have done enough.

Back to back penalties gave man of the moment Gus Marshall a chance to level things up from a penalty goal, and he didn’t miss. Sending the ball between the sticks and sending the game into Golden Point extra time.

A Joondalup dropped ball in the first period of extra time looked like it might give the Sharks an opportunity to win it.

And Sean Scott, a hero from two weeks ago with a field goal in extra time thought he had stolen the game again, only for the referee to disagree and wave the goal away.

For another 20 minutes past the siren, the teams went back and forth, with Ron Hudson medal winner Nathan Searle, best on the field in the grand final, churning through over 90 minutes of work in the middle of the field, which is a herculean effort.

After a few more missed opportunities from both sides, Gus Marshall for the Giants stepped up from 30 metres out. And never looked like missing.

An absolute classic of a grand final. Just another piece of proof that we definitely play rugby league here in the West.