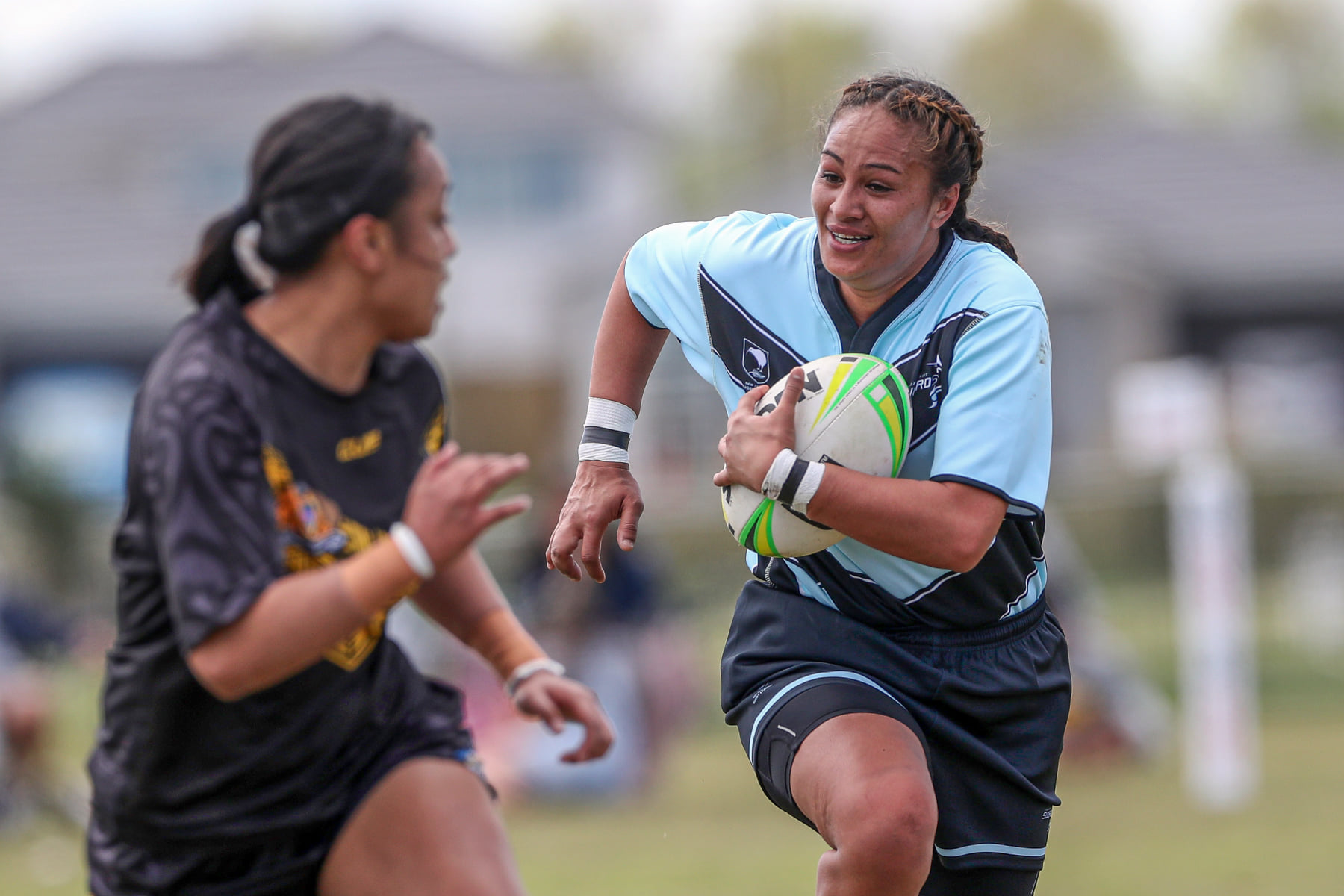 ROUND ONE:
Upper Central (18) v Auckland Vulcans (14)
Upper Central’s forward pack dominated the first half which allowed their backs to pile on points. Honey Hireme-Smiler’s return to football was felt as she continued to open up space for the Stallion’s putting them in good attacking position.

The Auckland Vulcans mastered an impressive second half comeback however it was overshadowed by penalties and errors late in the game. Upper Central earned their first win of the Championship 18 to 14.

Wellington Orcas (18) v Northern Swords (12)
After an even battle throughout the first half with one try a piece it was Wellington who showed their dominance in the second forty. A late intercept try by the Swords wasn’t enough as Wellington took it home four tries to two.

Auckland Vulcans (30) v Wellington Orcas (14)
Doubles to Shannon Muru and Keri Ratima helped the Auckland Vulcans secure a 30-14 victory over Wellington. A late first-half surge saw Wellington score back-to-back tries and reduce the deficit to 18-10 at the break. But the Vulcans were too good running away with it seven tries to three.

ROUND THREE:
Upper Central (22) v Wellington Orcas (10)
It was Upper Central that dominated most of the match with a double to Roelien Du Plessis however the Orcas fought to the death scoring two unanswered tries to finish the game on a high.

Northland Swords (08) v Auckland Vulcans (40)
The Vulcans raced out to a 16-4 lead at half-time, with Tauhalaliku later going on to score a record a hat-trick. The spirited Northlanders did hit back late, but the Vulcans were all class, deservedly earning themselves a spot in the National Women’s Championship final.