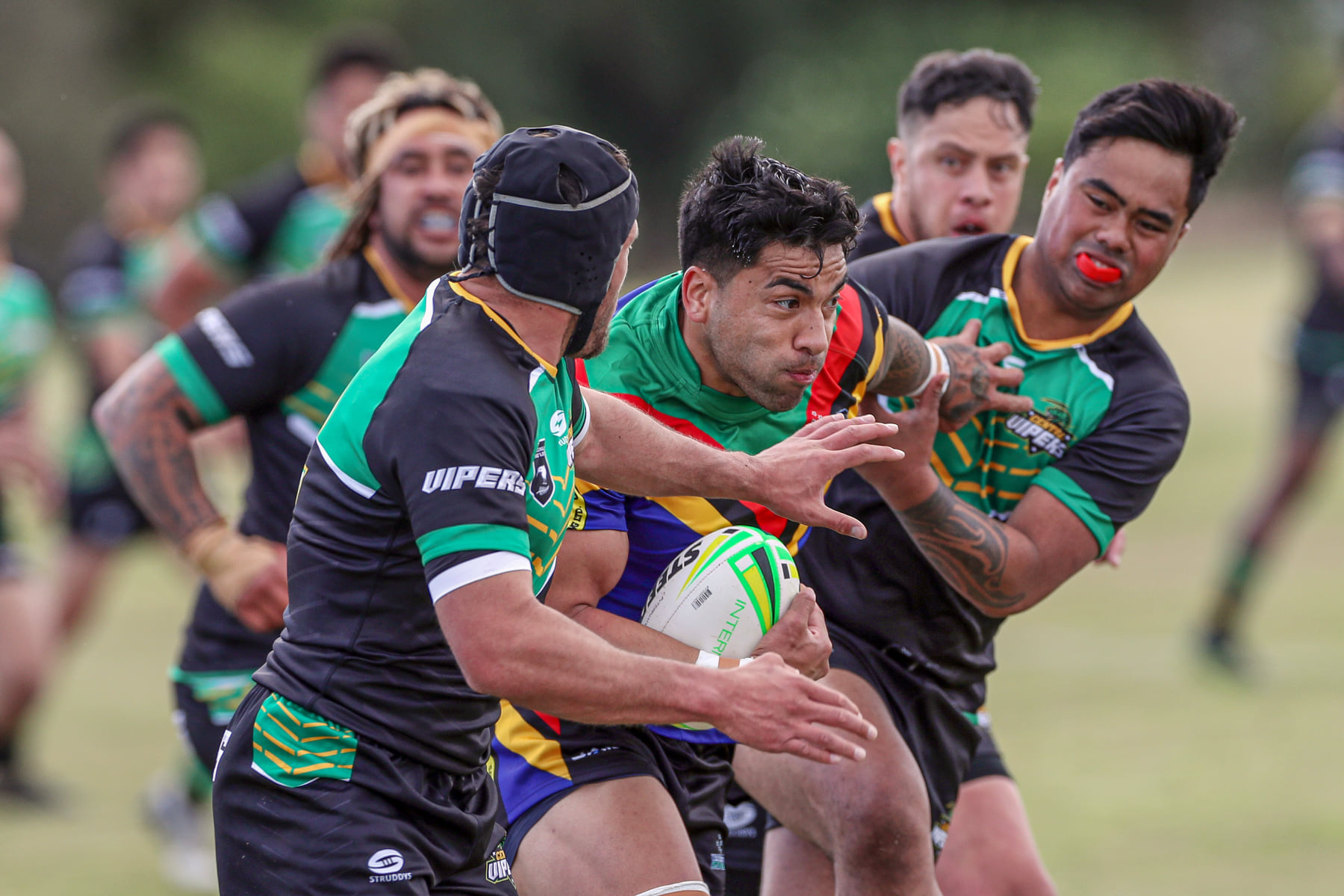 Upper Central Stallions (30) v Mid Central Vipers (10)
Upper Central dominated the first half scoring three unanswered tries yet the second forty saw the Vipers mount their comeback. It was a four point game until a reverse penalty went the way of the Stallions shifting momentum in Upper Central’s favour putting the game out of reach for the Vipers.

Northern Swords (28) v Wellington Orcas (12)
Wellington dominated early and were first to mount points but three back to back tries to the Swords had them in front majority of the half. A late try to Orcas’ Winger Pelei Moimoi before the half time siren kept Wellington within a converted try. However it was the Swords that kept their nose in front in the second forty, scoring two unanswered tries and sealing the win 28-12.

Mid Central Vipers (30) v Wellington Orcas (24)
With only six points separating the two at half time it was an evenly matched spectacle for most of the first half. However, it was the Vipers that came out of the sheds firing earning themselves an 18-point lead. The Orcas proved difficult to put away as a late surge saw Wellington score back to back tries bringing the deficit back to six. It was the Vipers early dominance that proved the difference as the Orcas’ comeback fell short.

Upper Central Stallions (22) v Northern Swords (20)
The Stallions came out the gate flying putting rapid tries on the board scoring 18 unanswered points in the first forty. The second half however was a complete contrast as it was the Swords who came out firing to mount an unexpected comeback. Kyle Hoole, Tevita Henare-Schuster and Eroni Biutoko showing blistering pace to get back into the game, Levita Levita on form with the boot as he slotted all three conversions to level it up 18-18. Late drama occurred as the Swords were given a penalty close to the line and Levita slotted it over to make it 20-18, but a mistake off the next set saw the Stallions gain valuable field position and James Leavai was able to seal the match for Upper Central.

Mid Central Vipers 16 v Northland Swords 26
It was a game of two halves as the Swords dominated early heading into the sheds with the advantage. Yet a second half burst by the hungry Vipers team had the game gridlocked 16 all. It was the Swords that ran away with it scoring two quick tries in the last five minutes and earning themselves their first win of the day.

Upper Central Stallions (14) v Wellington Orcas (30)
It was an even contest in the first forty but advantage was with the Orcas as they went into the break with a six point lead. The Stallions, who were yet to suffer a loss, mounted their second half comeback scoring first but the Orcas hung on. 14 a piece with five minutes to go it was anyone’s game but it was the Orcas who found their last gear scoring two quick tries and deservedly earning their first win of the Championship, upsetting the top of the table Stallions.