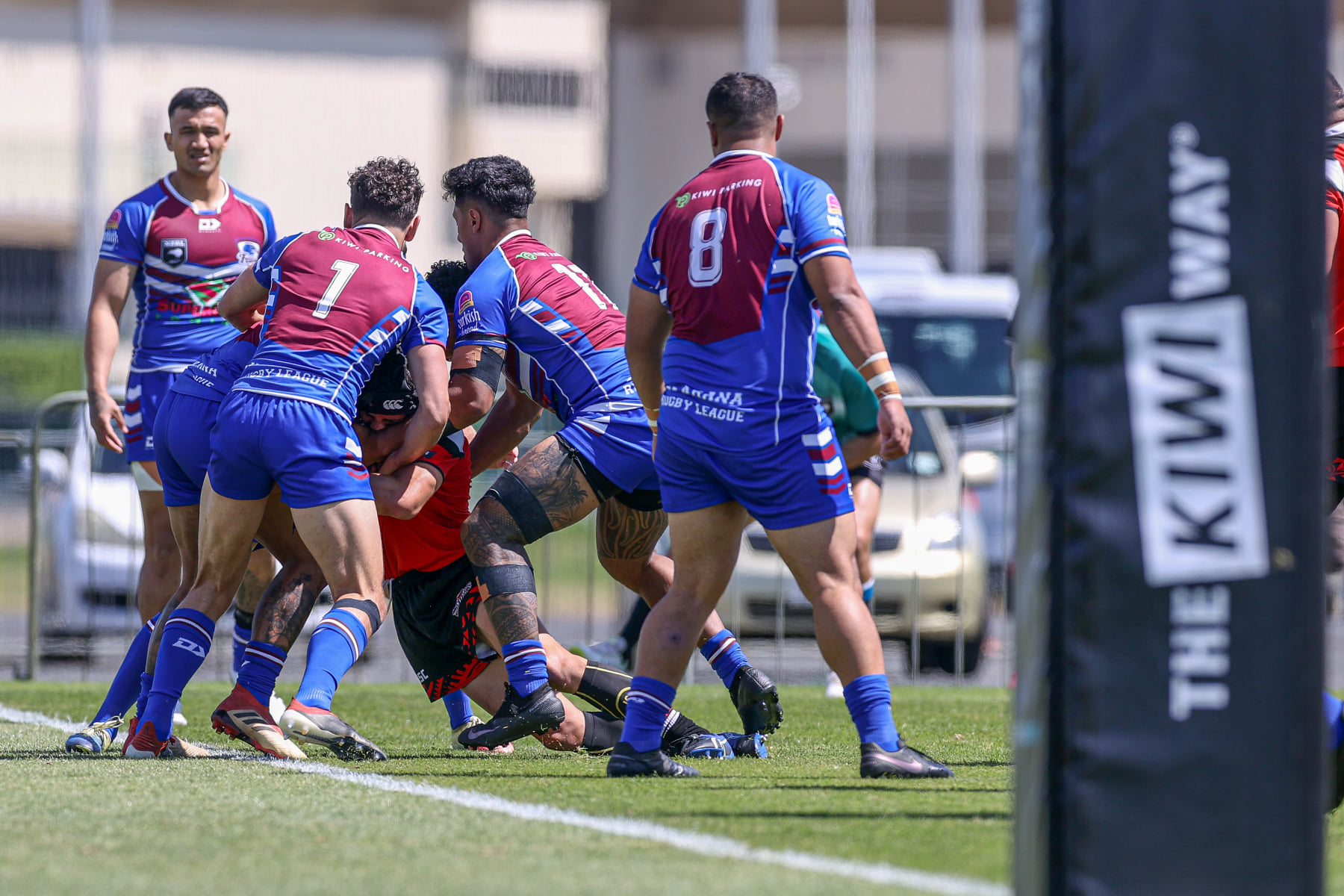 It was a hard day at the office for Canterbury as Akarana ran rampant in a 68-4 victory.

Akarana back-rower Patrick Sipley showed his experience right from the outset stepping through the Canterbury defense to draw first blood posting a 6-0 lead after 10 minutes.

Excellent defense from Akarana and an intercept from Francis Leger put a stop to Canterbury’s many attempts at a four-pointer with their effort simply not translating into points.

The class of Setu Tu had Cole Waaka as the recipient of some outstanding effort on the right wing from Akarana with a simple conversion from Leger sealing the deal on another six points for their side, the score 12-0.

First try-scorer of the day, Sipley’s long stride again looked dangerous but it was Sam Fa’apito on the back end of some smart play from Akarana, scoring to the left of the posts with captain Leger putting his third successful conversion over. Akarana capping off a brilliant first half with a 18-0 lead heading into halftime.

Opening the second half was Chris Smith, the finisher of Preston Riki and Cole Waaka’s right wing run done the sideline. The conversion followed the fashion of Leger’s 100% strike rate too, hitting both posts and the cross bar before making its way over.

Fa’atili showed no lack of fighting power just coming short of an intercept that could have sent Canterbury down the paddock but instead, straight off the scrum, it was Setu Tu coming up with four more points for Akarana.

Just as things were looking grim for the Cantabrians, the energetic Clayton Waikato came out of dummy half to score his side’s first four points in the 56th minute, momentum the South Islanders would have hoped to build on.

However, the visitors continued to find themselves back pedaling and the final 15 minutes proved to be the nail in their coffin.

Patrick Sipley ended the match in the same way he started with a hat-trick to send Canterbury packing, Akarana recording an impressive 68-4 victory.

The Akarana Falcons will play Counties Manukau’s Stingrays in the final of the Men’s Premiership on October 31st at Trusts Stadium Auckland.