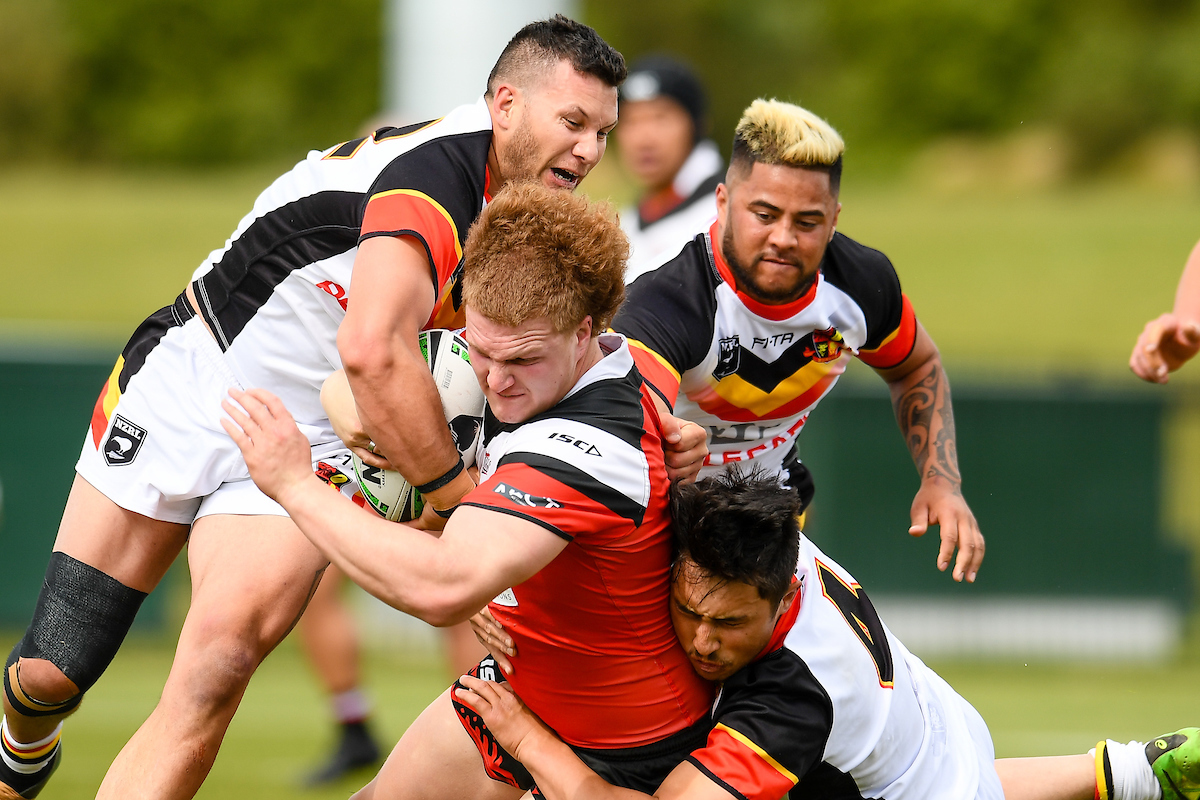 Both Waikato and the Canterbury Bulls both suffered losses in round one of the National Premiership, but Canterbury came out on top with their first win of the competition.

Within the first few minutes, Canterbury drew first blood scoring their first try off a penalty through Hornby Panthers’ Champ Betham. Waikato were unable to move off their line fast enough to meet the Canterbury offence.

Waikato used their early errors as motivation to keep the pace high which proved a handful for Canterbury. Waikato’s Waka Heke-Sweet caught a perfectly placed kick to answer with a try for the visitors.

Waikato’s momentum slowed off the back of errors across the board. The massive amount of penalties lead to a shift in power, gifting a try to Canterbury’s number 14 Klayton Waikato.

Canterbury continued to capitalise on Waikato’s mistakes with a controversial try scored by Penitito Ilalio on the dead ball line.

A determined Waikato showed they were not to be written off early, scoring an excellent try by Jordan Tai-Rakena in the corner just before the second half. Waikato closing the gap 16 – 10.

Waikato came back from the sheds firing with a crucial try from Darren Kingi to force the score line closer but was immediately answered by Canterbury’s Vincent Paul Scoring 4 points for his team.

New Zealand Resident’s star Ilalio scored an impressive solo try, his second of the match, after busting and stepping his through the Waikato defence to further extend the Bulls lead.

Frustration began to set in for Waikato with a poor pass collected by Canterbury’s Aaron Fiveash. The stolen pass resulted in a 70 meter try by Fiveash after he put his foot on the gas to outrun 3 Waikato defenders and scored a try in the corner.

Tumatouenga Te Koi scored a consolation try for the Waikato team from an excellent outside in play followed by a try by Pawhare Brown with another momentum shift coming too late in the match.

The penalty count and offensive pressure from the Canterbury side told the story of this match. Canterbury advancing to round 3 of the competition with the win over Waikato 36 -24.

Canterbury will face the Akarana Falcons next weekend while Waikato take on the Counties Manukau Stingrays in Hamilton. National Competition matches are all available live on Sky Sport.