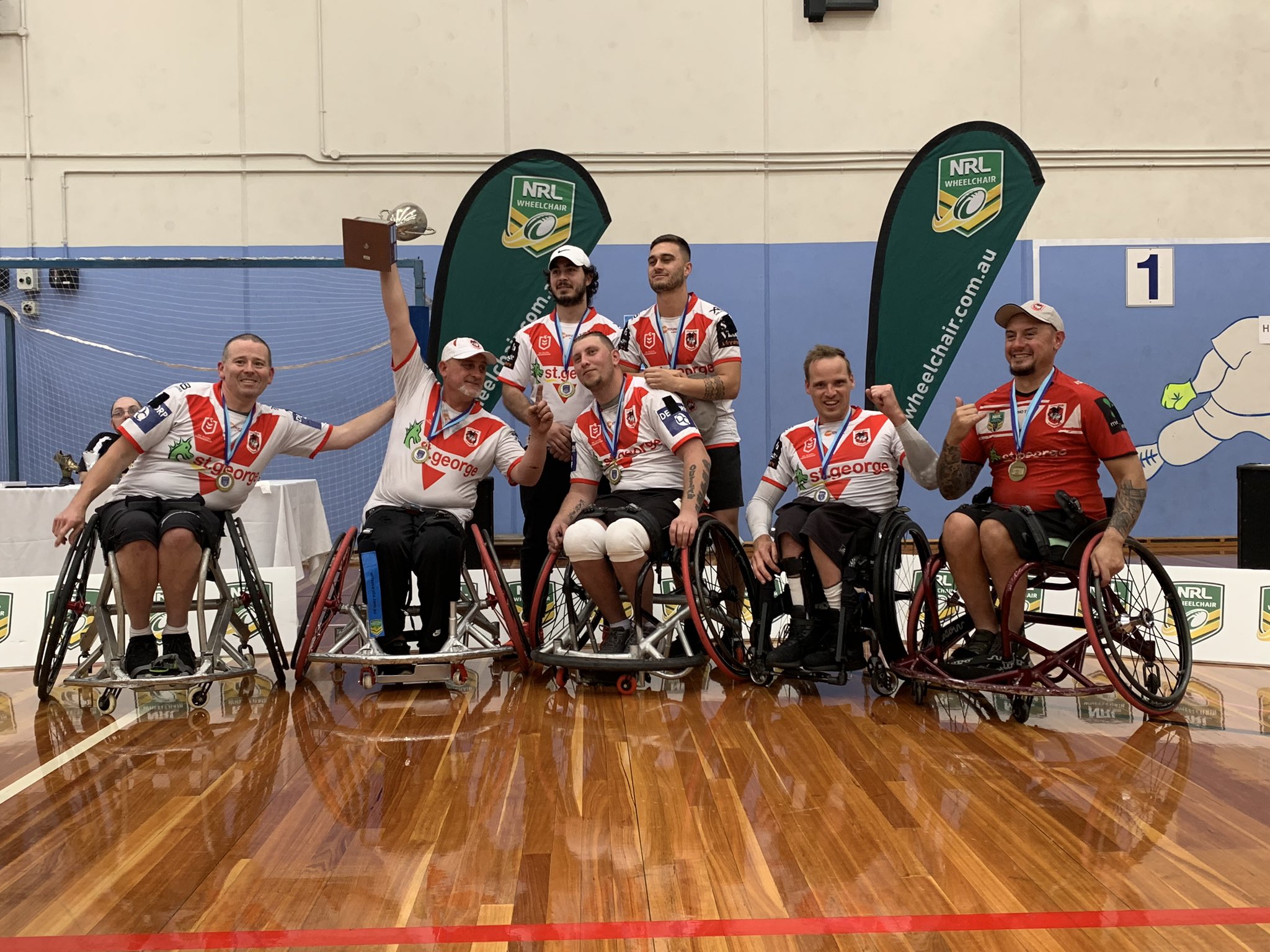 The St George Illawarra Dragons have taken out the NSW Wheelchair Rugby League title with a resounding 58-40 win over the Wests Tigers at Menai Indoor Sports centre on Sunday.

It was 10-all early in the first half and Wests were awarded a penalty and Stephan Rochecouste successfully converted to break the deadlock.

Moments later, Dragons player Diab Karim broke through the defence to score and converted his won try to put his side in the lead.

The Tigers hit back through Liam Luff and Rochecouste converted to even the scores once more.

Wests went back-to-back as Brad Grove found space down the sideline and broke away to put his side out to a 22-18 lead.

Less than three minutes before halftime and off the back of a penalty the Dragons went down field and Rick Engles scored with Karim converting to put his side in front by two.

In the very next play, the Tigers got one back through their captain Michael Johnson who got his side to a 24-26 lead heading into the halftime break.

Engles got the Dragons off to the perfect start in the second half and scored in the far right hand corner and Karim converted to put them in the lead 30-26.

The Red V kept a roll on and Corey Cannane scored in almost the exact same spot as the previous try with Karim converting to put their lead out to ten points.

Karim added to his point scoring tally for the day and took his team to 38 points with another try and successfully converted to the try to take the score to 40-26.

On the next set, Engles found some space and broke away down the far touchline to extend the Dragons lead and Karim converted to see his side lead by 20 points.

Grove hit back for the Tigers with a try under the posts to make the score 46-30.

Luff scored another for the Tigers and Grove converted to get them within ten points of the opposition with just over ten minutes left to play.

Off the back of a penalty, St George’s Eddie Morgan got his side to a half century and Diab added the extras to take the scores to 52-36.

With less than a minute to play, Cannane got his second and the conversion was successful to take score to 58-36.

On the fulltime siren, Jason Attard broke away to score under the posts and take the final score to 58-40.

“Each year its been a massive game against the Tigers and throughout the season,” Dragons captain Craig Cannane said.

“In that game today they had their chances, but we just came back out in that second half and stuck to our game plan and really tightened up our defence and the rewards came in the end.

“It’s our third straight premiership and sixth overall, every year they do change players on us, but somehow we seem to come together and display a bit of that St George spirit and are able to get there.”

In the second division clash earlier in the day, the Raiders and Sharks prevailed 38-28.