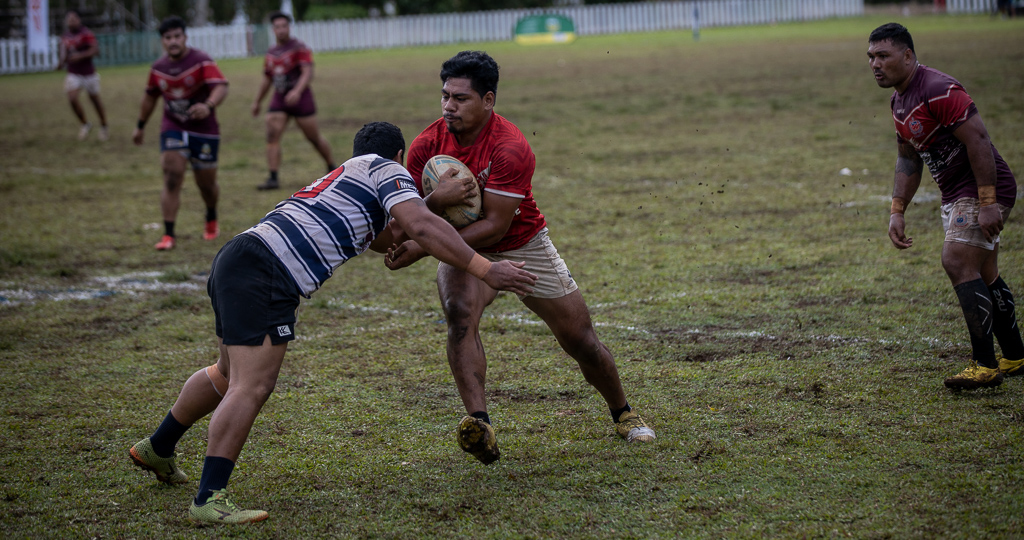 The Apia Barracudas are the 2020 Vailima Rugby League Samoa Champions after they defeated the Letava Bulldogs 24 – 8 in Saturday’s Grand Final at ACP Marist Stadium in Lotopa.

Down 8 – 6 in the first half, the Barracudas scored 18 unanswered points to secure their latest Premiership.

Victorious Captain, Ionatana Tino, was a proud man and he acknowledged the good sportsmanship between the two teams when he spoke to the Samoan Observer after the Grand Final.

“Thank you to our brothers in Bulldogs for putting up such a great finale,” he said.

“Thank you also to our coaches, managers and the Samoa Rugby league for such a wonderful tournament. I am very happy and proud of the outcome today, and also thank our supporters who are always there to cheer us on.”

Ionatana Tino and Letava Bulldogs captain, Onepene Tuaia, were awarded the MVP awards for the Grand Final after showing great leadership skills on and off the field.

In the other matches played on the Grand Final Day, the Vaitele Wests Tigers defeated the Matniuel Lions in the Bronze Medal Final, whilst in the Under 20s Final, the Lions secured the honours over the Wests Tigers.