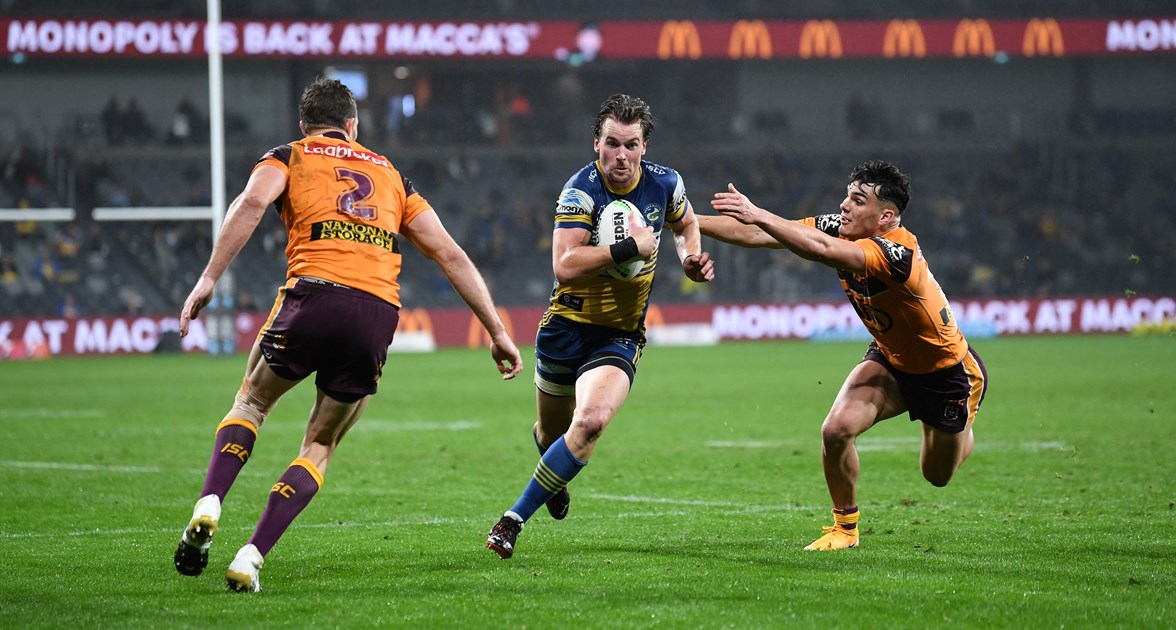 NRL Round 19 Wrap and Highlights

A ferocious 20-0 burst in the opening 26 minutes helped Canterbury climb off the bottom of the ladder with a tense 26-16 win over the Rabbitohs at ANZ Stadium on Thursday night.

Panthers coach Ivan Cleary says the club’s effort to secure their first minor premiership in 17 years is no mean feat but understands the finals is a “new competition” the side will have a fortnight to prepare for.

The Panthers claimed the J.J. Giltinan shield following a dominant 32-12 victory over the Cowboys in Townsville on Friday night, a week earlier than their final game of the regular season against the Bulldogs.

Almost exactly a year after their record-breaking finals loss, the Brisbane Broncos are on the verge of another new low – the wooden spoon – having again been soundly beaten by the Eels at Bankwest Stadium.

An ankle injury which forced star second-rower David Fifita from the field early in the second half – and landed Parramatta prop Junior Paulo in strife – added to Brisbane’s pain in the 26-12 loss.

The Gold Coast Titans have made it four wins in a row after a dominant win over the Manly Warringah Sea Eagles at Brookvale Oval on Saturday.

Storm coach Craig Bellamy said he was proud of his team’s effort to secure second place on the ladder in a difficult time away from their home base in Melbourne in 2020.

The thumping 50-22 win over Wests Tigers at Sunshine Coast Stadium on Saturday night ensured Melbourne would finish top-two for the fifth consecutive season.

Cronulla’s finals campaign has been rocked by a season-ending Achilles rupture to Shaun Johnson as the Roosters rested more than $2.5 million talent, but still marked Mitch Aubusson’s record 303rd outing in style.

Johnson collapsed in agony without a hand being laid on him as the premiers comfortably prevailed 34-18 on Saturday night at the Sydney Cricket Ground.

Ricky Stuart launched a water bottle from the coach’s box when Jack Wighton was sin-binned against the Warriors and then followed up with a spray for the refs despite Canberra’s 26-14 win.

The Raiders overcame the early loss of halfback George Williams to a head knock to recover from a 14-6 deficit, with Elliott Whitehead starring as a makeshift five-eighth and winger Semi Valemei scoring a double, but Stuart branded it “a shocking game”.

The Knights piled on the points and a lot of pain against a hapless Dragons outfit 42-18 at McDonald Jones Stadium to all but seal hosting rights for a game in week one of the finals.

Although it’s been long enough – seven years – since a Newcastle playoff appearance, it’s been an even longer wait for a home final. The last was in 2006 when Andrew Johns was captain and Michael Hagan was coach.