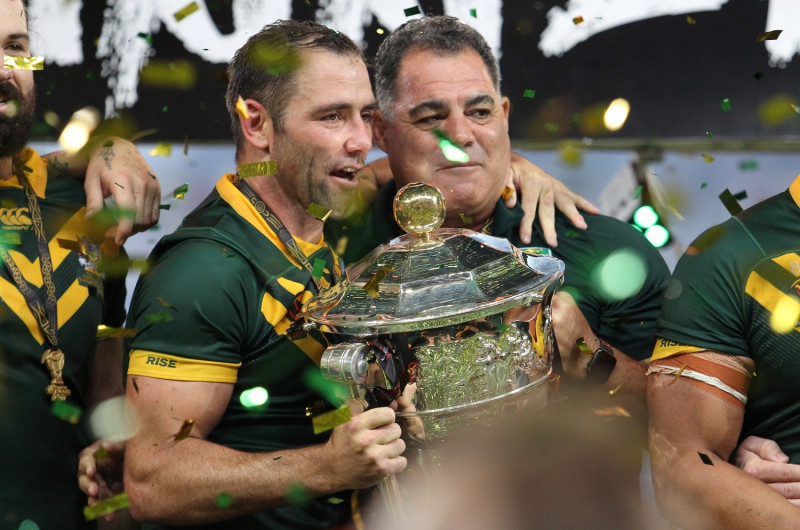 The Rugby Football League and the Australian Rugby League Commission today confirm the cancellation of the Rugby League Ashes Series that was scheduled to be held in England this October and November.

Given the continued complications surrounding global travel, and the need to extend the domestic season in both hemispheres because of the significant disruption caused by the Coronavirus pandemic, the governing bodies have agreed to take an early decision to allow greater certainty for players and supporters.

However both the RFL and the ARLC remain committed to the revival of the great Rugby League tradition of the Ashes – which was first contested in 1908 and had been due to be revived after a 17-year absence for its 40th edition in 2020 – and the Kangaroo tour.

With the Rugby League World Cup to be held in England in 2021, discussions have already been opened on the potential for the Kangaroos returning for a three-Test Ashes series, from 2022 onwards.

Ralph Rimmer, the Chief Executive of the Rugby Football League, said: “We make this announcement with great reluctance and disappointment, as we had been looking forward so much to welcoming the Kangaroos for the revival of the Rugby League Ashes in 2020 – and the prospect of the series had captured the imagination of our players, broadcast & commercial partners, supporters and media alike.

“However the current circumstances have had a seismic impact on Rugby League, as on all other sports, and we all now need to give, in order to find solutions for the greater and longer term good of the game. After regular discussions with the ARLC over the last few months, combined with those within our domestic competitions, we have concluded that the right thing to do for the game as a whole is to make this decision now.

“It will have a considerable impact on the finances of Rugby League here in England, as we were banking on a significant boost from Australia’s first full tour since 2003. But as I have said regularly to all parts of the game since the seriousness of the situation became clear, we are all going to have to make sacrifices, and financial adjustments – and we should stress again our gratitude to the Government for the significant support they provided at the start of May, which will help us to deal with this major setback.

“I know our England players, our new Head Coach Shaun Wane and his support staff are bitterly disappointed, and the same goes for the thousands of supporters who had already bought tickets for the matches, as well as our major England sponsors Dacia, Ronseal and Hummel, and our broadcast partner the BBC.

“I’m sure the same will apply in Australia, as it has been so heartening for supporters of the international game to hear Mal Meninga speaking of the importance of the great Rugby League traditions of Kangaroo tours and the Ashes.

“With the Rugby League World Cup in England in 2021, we will have the opportunity to see the green and golds playing again in this country for the first time since the 2016 Four Nations series.

“But we remain committed to a worthwhile international calendar for our senior England teams (Men, Women and Wheelchair) to build on the legacy that next year’s Rugby League World Cup will create and the Rugby League Ashes would be a fantastic part of any meaningful international calendar in the future. We have already indicated to the ARLC that we would be keen to welcome them for a three-Test series at any time in the future and will now work together to make this happen as soon as possible.”

Andrew Abdo, the interim CEO of the NRL, said: “It is disappointing that the historic Kangaroos tour to the UK can no longer take place in 2020. We look forward to the Rugby League World Cup in 2021 and hopefully a tour to the UK by the Kangaroos in a future season.”