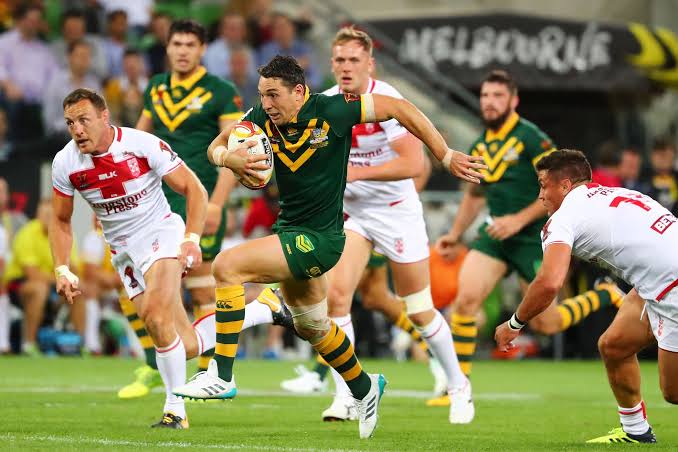 The full competitive men’s International Rugby League (IRL) programme for 2020 has been released and it represents the most wide-reaching and comprehensive set of fixtures ever. The 2020 calendar starts the regular cycle of matches which will feature the IRL World Cup every fourth year from 2021, regional championships in every even year starting this year and a global event from the women, wheelchair or youth sections every year from 2022 onwards.

The full international programmes for women, wheelchair and youth rugby league will be announced through this year as consultations with the membership concludes.

This year there are regional competitions based on four continents and multiple competitions in two of those regions.

The Oceania Cup will feature six nations, Tonga, New Zealand and Fiji will play for the Cup which is currently held by Australia and Papua New Guinea, Samoa and Cook Islands will play for the Trophy currently held by Fiji. The competitions will start with a round of games played in the mid-year international window and will conclude in late October.

The Middle East Africa Championship will be held in October in South Africa starting on 13 October when hosts South Africa will play Morocco and current holders, Nigeria will play former champions Lebanon in the semi-finals. The final and the play-off for 3rd/4th will be on 17 October.

The Americas Championship will be held in Kingston, Jamaica for the first time ever. The hosts and qualifiers for World Cup 2021 will welcome the USA Hawks, Canada Wolverines and Chile. In the semi-finals the Reggae Warriors will play the Weichafs and the Hawks will play the Wolverines. These games will take place on 10 November. The winners will advance to the final and the losers to a play-off game. Both games will be played on 14 November.

Finally, the European Championship will feature sixteen different nations competing at 4 levels. Euro A has been expanded to six nations divided into two pools of 3. The winners of each pool will face off in the final on the weekend of November 7th/8th.

Current holders, France will be joined in Pool A by Scotland and Italy while Wales, Ireland and Spain will fight out Pool B. It all kicks off on October 17th.

Euro B will feature, Serbia, Russia and Greece, Euro C has Ukraine, Norway and Germany and Euro D which will span two seasons, features Netherlands, Czech Republic, Malta and Turkey. The initial games will take place between October 17th and November 1st.

In addition to the regional championships, there will be the three-match series played in England between England and Australia and numerous bi-laterally arranged fixtures between member nations.

IRL Chief Executive Officer, Nigel Wood has welcomed the confirmation of the men’s calendar for 2020 saying:

“The Board has long-recognised the importance of International Rugby League having a credible and long-term calendar. It drives and supports our members, players and fans and is a vital component of a modern and credible international federation.

“I am pleased and excited by the breadth of this schedule. It demonstrates the incredible growth of rugby league around the world and is a true testimony to the members who have driven this programme. They are the people who make these games happen and they deserve credit.

“I also pay credit to our partners in Asia Pacific Rugby League and the Rugby League European Federation, their role in co-ordinating this programme is vital.

“Finally, for the first time ever, every match official in this programme will be appointed directly by the International Rugby League Match Official Manager and this supports our wider vision for every international game to be refereed by a suitable qualified and experienced official drawn from a neutral panel.”