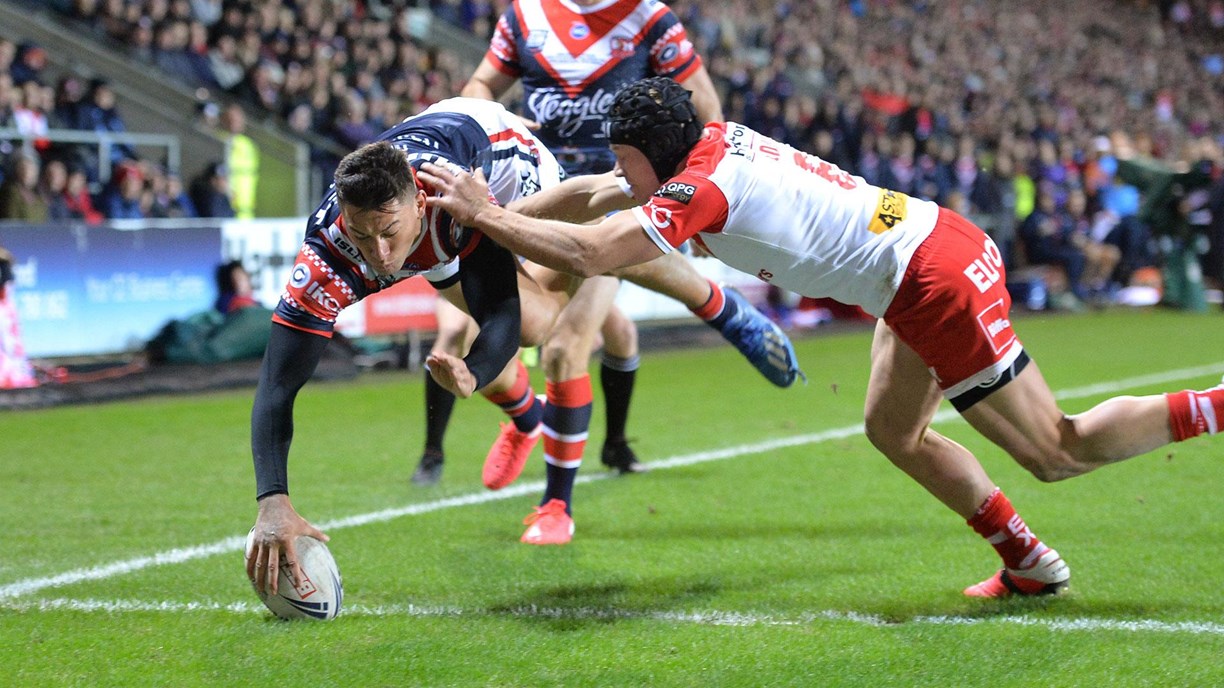 Hailed as the best centre in either hemisphere, Manu produced two match-turning tries in the famed fashion of his old three-quarter partner Latrell Mitchell.

Angus Crichton will do well to remember his first run at replacing Mitchell on the left due to a heavy head knock, but on the right Manu proved the difference.

His first try gave the Roosters their first lead of the contest after St Helens came out full of fire and brimstone in front of over 16,000 rather loud locals.

Manu’s second spoke to the apparent summer bulk added to his already athletic frame, the Kiwi international dragging three defenders across the line just when the Roosters needed a breakthrough play most.

For all the focus on touring Barcelona, meeting Sonny Bill Williams and missing Israel Folau leading into the clash, the Roosters emerge from it as the first back-to-back World Club champions in the concept’s history, the club’s four titles more than any rival.

But for a few misplaced passes, St Helens had the NRL premiers on toast for much of the contest, out-muscling them up front and stretching them out wide.

The Roosters appeared rattled as they conceded early penalties and then first points as well, Bulldogs-bound prop Luke Thompson plunging over as No.7 Theo Fages ducked and weaved his way into space.

Along the way Victor Radley shaped up to all 196 centimetres and 115 kilos of Alex Walmsley – St Helens’ answer to Andre the Giant – the self-preservation of most February fixtures for an NRL side nowhere to be seen.

Eight minutes on and Kyle Flanagan was putting them in front, his first significant play in red, white and blue a cut-out ball for Manu and an 8-6 lead.

While the Roosters had their moments there was the expected rust as well, Sitili Tupouniua threatening out wide but spilling a couple of balls as well.

Only desperate defence on the Roosters line denied English flyer Tommy Makinson when he tried to burrow over from a scrambled cross-field kick.

Time and again the best NRL defence of recent years grimly hung on, Kevin Naiqama being denied more than once as Nat Butcher subbed in for Crichton on the left edge.

But with 12 minutes to play and a 12-6 advantage the Roosters put it to bed.

A tip-on from Radley and a gallop from Siosiua Taukeiaho sent Keary away to seal it, the Tongan prop adding a conversion and subsequent penalty to ensure a late try from Walmsley mattered nought. 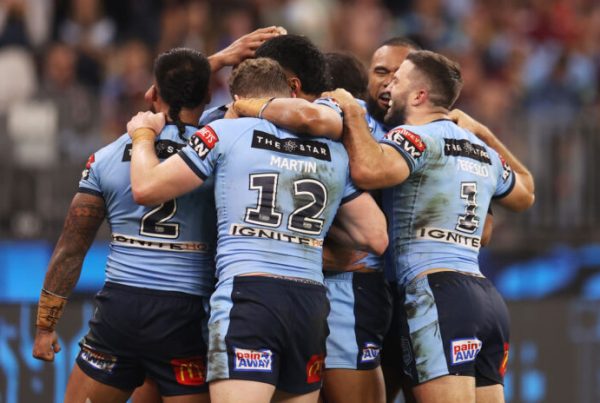