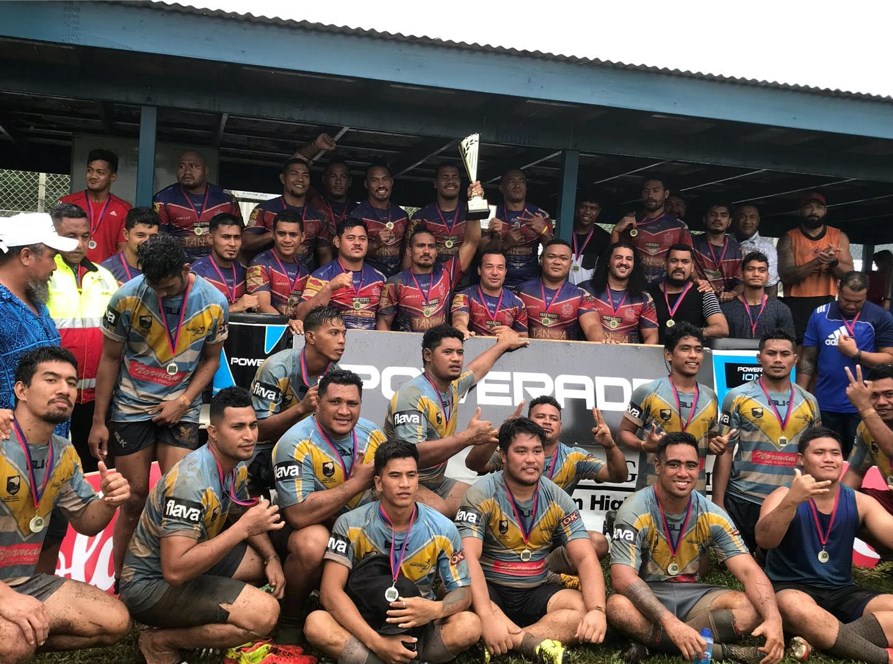 The Marist Saints (Men’s) and Apia Maroons (Women’s) have taken out the honours in the 4th Vailima Marist Fantastic League Nines series held in Pesega, Upolu over the weekend.

The tournament, played in wet and windy conditions featured ten Men’s teams and three Women’s teams in one of the largest Nines competitions held in Samoa.

In the Men’s tournament, the Marist Saints topped Pool A after going through the group stages undefeated, before they were pushed into extra time against the Apia Barracudas in the tournament Semi Finals. After defeating the Barracudas 20 – 16, the Saints overcame the Falelauniu Titans in the Finals, with representative Faafou Amate being named tournament MVP.

In the Women’s tournament, the Apia Maroons defeated the newly formed Aleipata club in the event final. The tournament was Aleipata’s first ever Rugby League event, whilst the third placed Falelauniu Titans featured 12 new players in their squad.