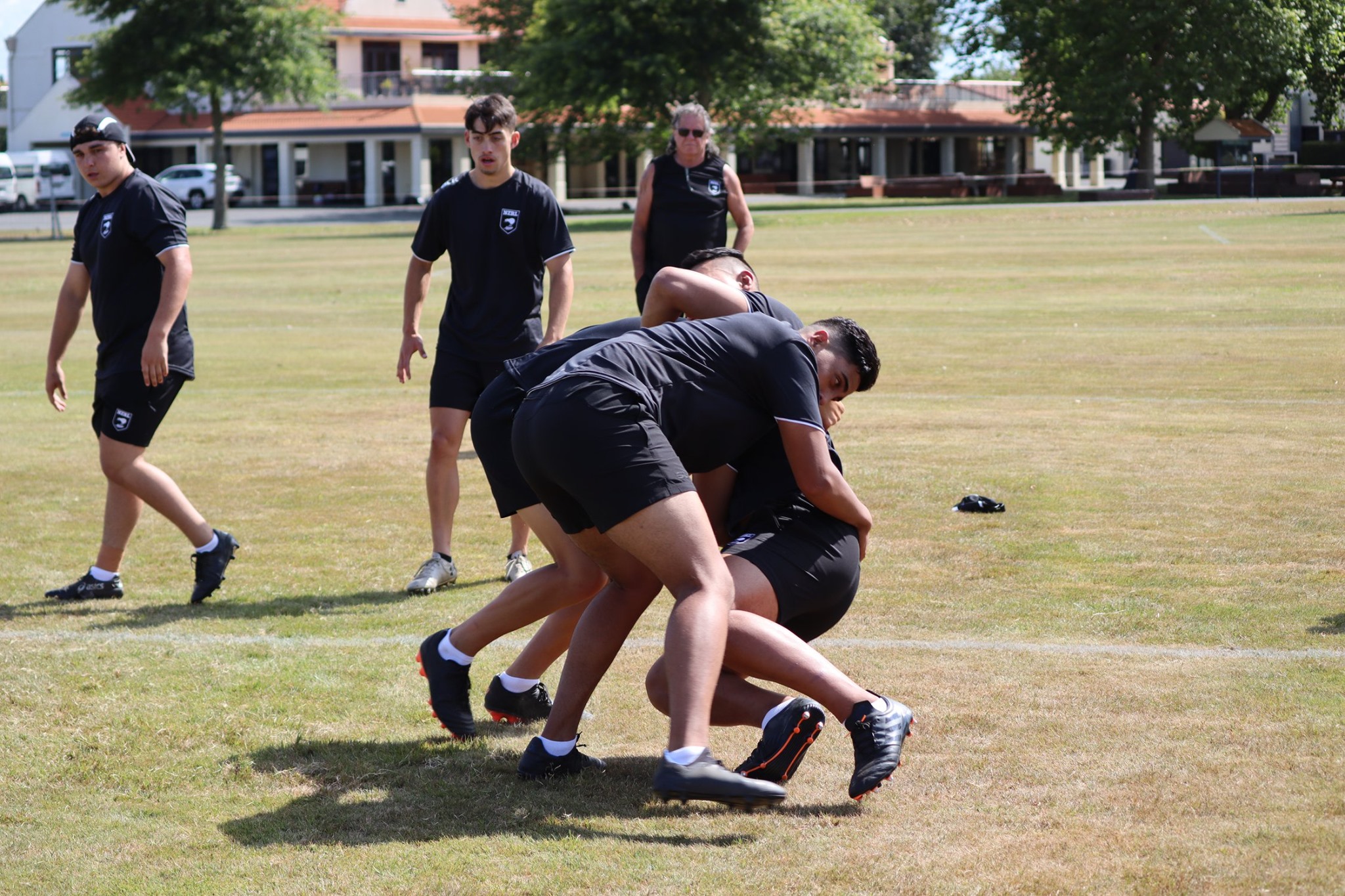 Warriors U18s too strong for NZRL Development U18s in Cambridge

The NZRL Development U18s took on the Vodafone Warriors 18s to mark the final day of the CCL: Revera Talent Development Camp for 2020 at St Peters College in Cambridge.

Big defensive efforts on display by both teams to kick off the match, but it was the Warriors that got first points on the board as centre Jeremiah Asi dives under the post off the back of a high ball. The Warriors wasted no time following up with back to back to tries to Carl Lolohea and Tea-Rani Woodman-Tuhoro making it 12 – 0 after ten minutes.

NZRL 18s found some momentum after forcing a repeat set, a long ball to winger Jeremiah MarGraff put NZRL on the board with the score 12 – 4 at the end of the first quarter.

Warriors hit straight back in the second quarter with a try down the right edge to winger Zyon Maiu’u. NZRL soon responded as Manaia Ngataki-Matthews set up Ethan Faitaua to cross for NZRL’s second, score 16 – 8.

Rawiri Matthews extended the lead for the Warriors but NZRL quickly hit back with what looked like a spectacular try in the corner but it was not to be as the touch judge called out, the score remains 20 – 8 at half time.

NZRL start the second half was some big defensive efforts but it was the Warriors that managed to cross first taking the score to 24 – 8. Zyon Maiu’u then showed his speed down the left edge crossing over for his second bringing the score to 28 – 8.

The Warriors then extended their lead yet again off another impressive running set, shortly after Zyon Maiu’u steamrolled over for his third for the day making it 34 – 8 at the end of the third quarter, all momentum with the Warriors U18s.

Vaka Sikahele opened the scoring for the Warriors in the fourth quarter bumping off defenders to put it down under the sticks 38 – 8.

NZRL Development squad then found some momentum through the middle after a great offload from Jareny Proctor-Harwood who set up a runaway try to Riley Pascoe, score now 38 – 12.

Soon after Montel Peppard brushed off defenders to give speedster Matua Robinson a 50m run to the try line gifting NZRL their fourth try, however, the Warriors dot it down one last time before the siren making the full-time score 42 – 16.

In the end, the Vodafone Warriors 18s were too good for the NZRL Development 18s, however, players from both teams will be selected for the NZRL U18s wider squad set to be announced in the next three weeks.