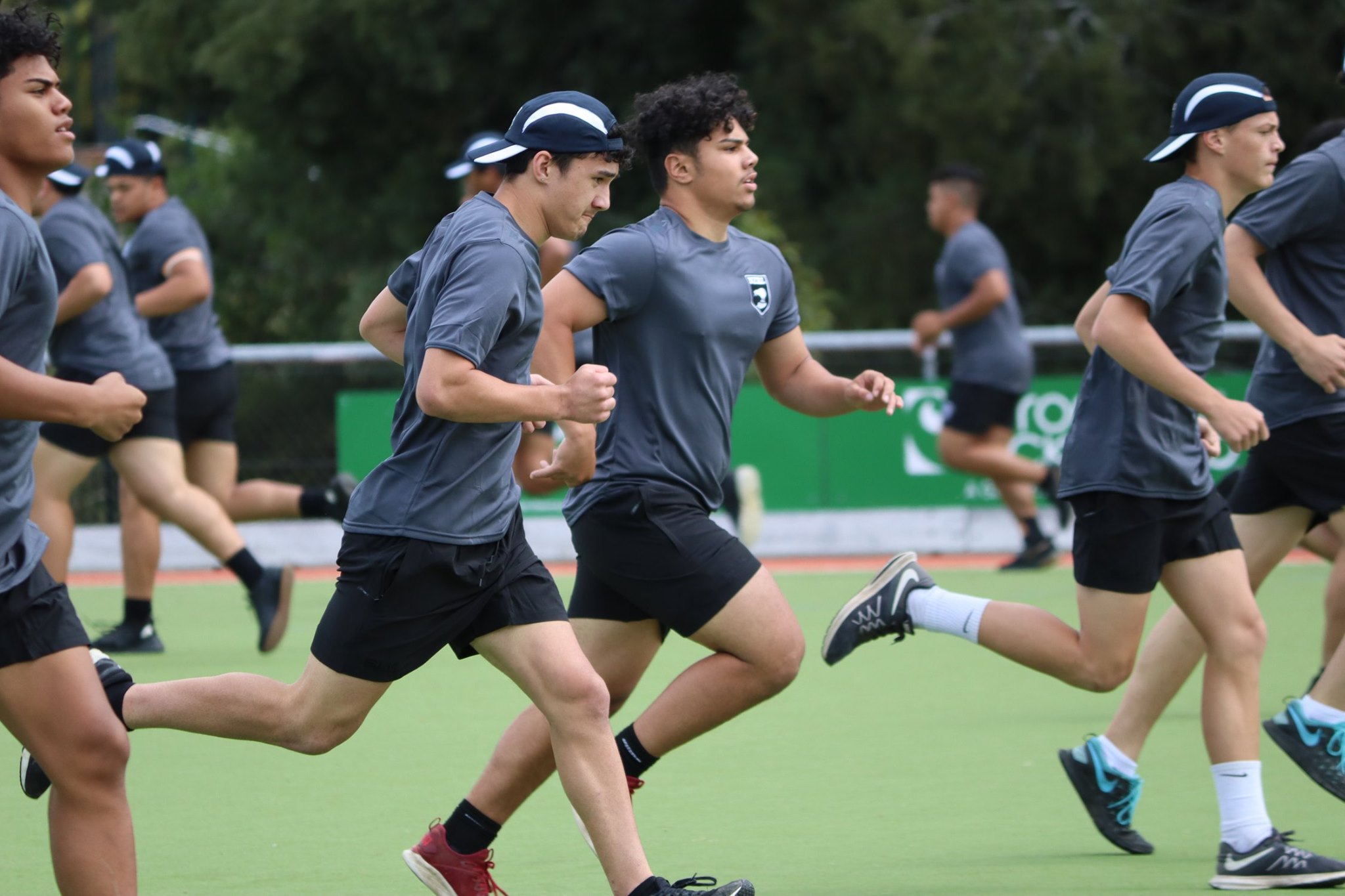 There was not a cloud in the sky at St Peters College in Cambridge as the NZRL Development U16s took on the Vodafone Warriors 16s to mark the final day of the CCL: Revera Talent Development Camp for 2020.

The NZRL Development squad kicked off the points scoring with a runaway try down the right edge to Akarana centre Tre Fotu off the back of some dominant meters by the NZRL forward pack.

The Vodafone Warriors hit back, but good scramble defence by NZRL saved any scoring opportunity. More handling errors by the NZRL Development squad gifted the Warriors another chance on their goal-line; however, NZRL’s Nathaniel Tangitimaiti shutdown the crossfield kick as the score remained 4 – 0.

The NZRL development squads’ goal-line defence was nothing short of impressive saving back to back tries in the second quarter; however, a fourth handling error gifted the Warriors yet another repeat set in which they finally capitalised to bring the score to four apiece.

Wasting no time, Vodafone Warrior Paula Latuila backed up the points crossing over in the corner to make it 8 – 4. Warriors with the momentum and meters, Dorian Lotaki crashed over the try line shortly after to make it 12 – 4 to the Warriors 16s.

The NZRL Development squad then hit straight back off some dominant meters down the middle; winger Jayden Harris crossed over in the corner in the final seconds to make it 12 – 8 at half time.

Second half underway and an unlucky error under the highball gifted the Vodafone Warriors their fourth try pushing their lead out to 16 – 8. Another handling error from the NZRL development squad saw powerhouse prop Ben Peni steamroll over the line to extend the Warriors lead to 20 – 8.

NZRL’s Dallas Hurrell-Jones ran down the left edge to score for the Development squad after a clever intercept lessening the gap to 20 – 12, however, the Vodafone Warriors were quick to hit back with big metres down the middle scoring shortly after, the twelve-point gap remains, 24 – 12.

Warrior winger Paula Latuila ran down the right edge after a clever cut out pass to score his second making it 28 – 12. A good restart kick gave possession back to NZRL in which they earned a repeat set, Khalan Clyde only centimetres away from scoring before the third quarter siren. The score remains 28 – 12.

The NZRL Development squad kicked off the final quarter with a try on their first set to Samuela Vakadula making it 28 – 18. Cantebury’s Felix Fa’atili ran through the middle to score off the back of some good hit-ups from the NZRL forward pack, with teammate Dallas Hurrell-Jones crossing over in the corner shortly after for his second, making it 28 – 24 with ten to go.

NZRL Hooker Joseph O’Leary jumped on a loose ball running into open space; however, the NZRL Development squad couldn’t capitalise on the momentum. An impressive comeback was unfortunately cut short with the Vodafone Warriors U16s taking out the match, 28 – 24.

Players from both teams will be selected for the NZRL U16s wider squad set to be announced in the next three weeks. Our young Kiwi talent was certainly on display here in Cambridge and safe to say after this close-fought battle – selectors will be spoilt for choice.