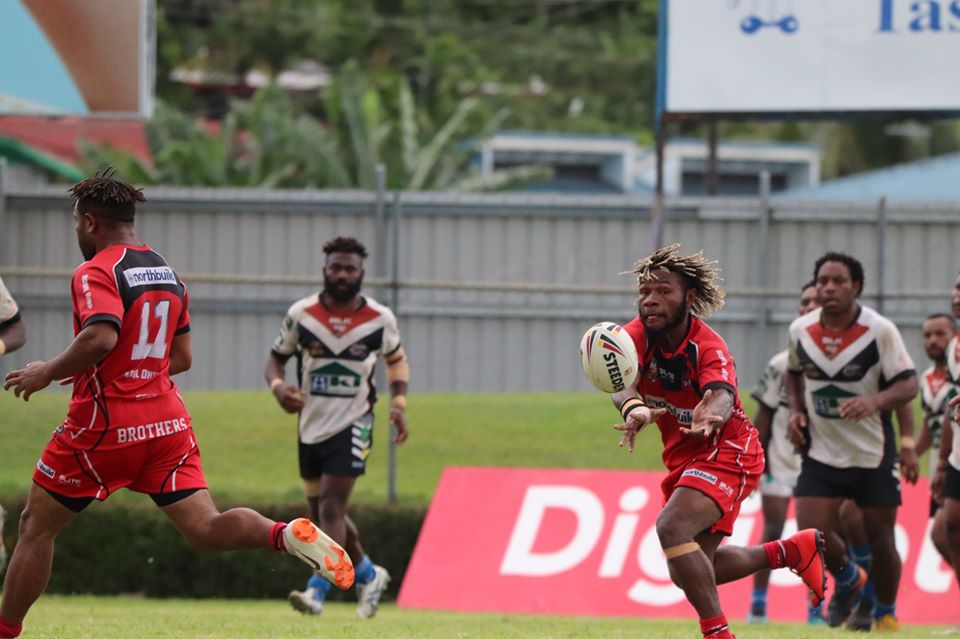 Buoyed on by a huge home supporters, Pirates led the NGI champions Kokopo Takubar Brothers 10 – 4 at half time in the first game. The Pirates scored 18 unanswered points in the 2nd half to run out victors 28-4.

The playoff for 3rd place between Kokopo Brothers and Kui Raiders kicks off at 1.00pm on Saturday November 30, 2019.

A huge crowd is expected at 3.00pm when Lae 14B Pirates take on Port Moresby Kama Kopi Brothers for the MRDC National Club Championship shield.

“It’s going to be a big game on Saturday between home side Lae 14B Pirates and Port Moresby Brothers to determine the inaugural 2019 MRDC Premier Club in PNG,” PNGRFL Southern Confederate Director Gwaibo Mairi said after today’s games.

Mairi commended the players from the four clubs for displaying exciting rugby league, the sponsors /partners, match officials and the spectators for their excellent behaviour and support.

“If today went well, I can’t wait for Saturday. It’s going to be an exciting day of rugby league,” Mairi said.

The clubs have tomorrow (Friday) off for recovery. Gates at the Lae Rugby League Grounds open at 12 noon on Saturday.