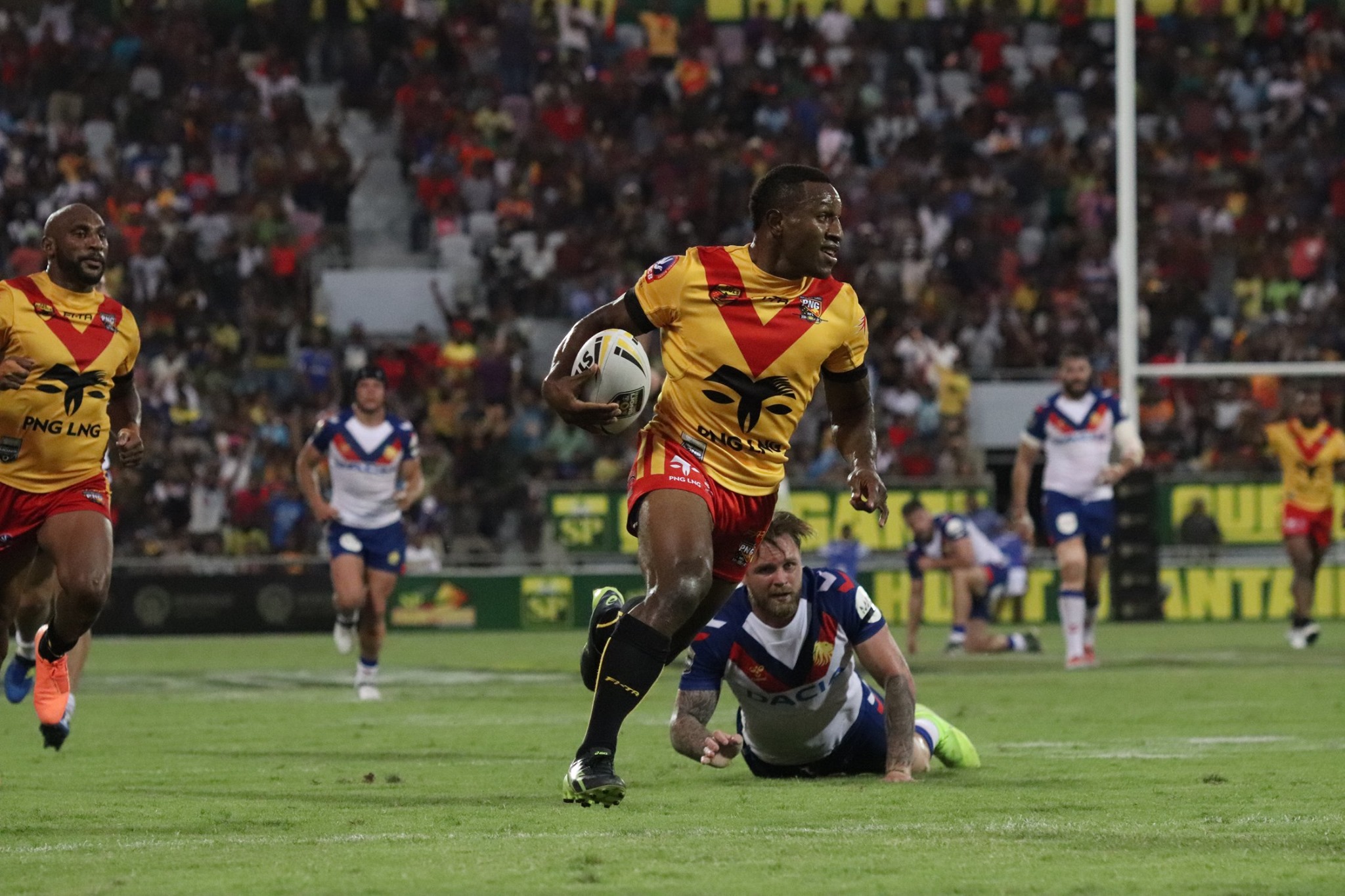 Kumuls put Lions to the sword in Port Moresby

Wayne Bennett will face increased scrutiny over his position after the Great Britain Lions lost to Papua New Guinea in Port Moresby to cap off a winless tour of the South Pacific.

The Kumuls sparked scenes of widespread jubilation by overturning an early 10-0 deficit to score 28 unanswered points to win their one-off Test.

After losing to Tonga then going down in back-to-back Tests to New Zealand, this was the Lions’ last chance for redemption on tour but they were overwhelmed by the enthusiasm of the home side.

Veteran forward James Graham copped a head knock early and did not return.

The Lions drew first blood when former Canberra five-eighth Blake Austin, selected again on the wing despite a horrendous debut out of position on the flank the previous week against the Kiwis, scored an unconverted try in the corner.

They made it 10-0 when hooker Josh Hodgson burrowed over before PNG struck back when Edwin Ipape made a spectacular 60-metre run to the line just before half-time.

PNG went ahead in the 47th minute via a Watson Boas try and then led 22-10 midway through the second half after successive tries to Storm centre Justin Olam and Rabbitohs fullback Alex Johnston.

When Nixon Putt extended the advantage to 28-10 with 13 minutes to go, the home fans started believing they were on the brink of victory.

“It was a wonderful game of football here tonight, everyone was thoroughly entertained.

“I’m disappointed that we under-achieved but didn’t have a great tour.

“My contract’s up now so we’ll wait and see and have some discussions. But tonight’s not a good night to make decisions when you’re emotional and not in a good place.”

Bennett said he still had the appetite to coach at the international level but “it’s not my decision now” whether he would be retained by the RFL.

The RFL issued a statement after the match reaffirming that a review of the tour would take place before any decision on Bennett’s future.

“Like everyone involved on the tour, we are obviously bitterly disappointed by the results of the Test matches – for those loyal and passionate supporters who have followed the team in New Zealand and Papua New Guinea, and for everyone backing the team from home,” the statement said.

“As stated last week, an objective review of all aspects of the tour will take place when the tour party returns and that timetable has not altered.”