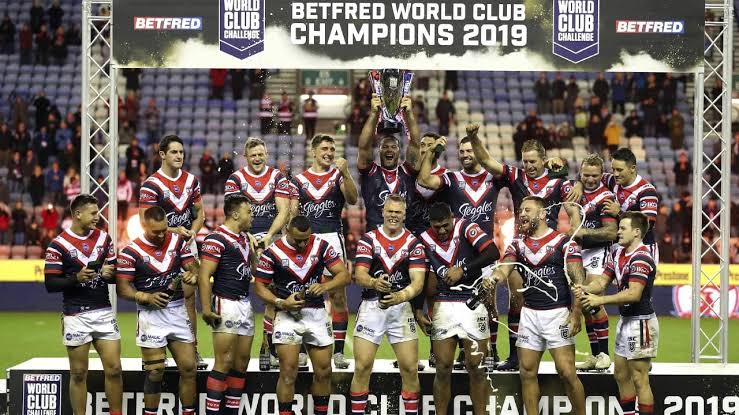 Betfred Super League can confirm the World Club Challenge between St Helens and the NRL’s Sydney Roosters will take place at The Totally Wicked Stadium on Saturday 22 February (kick off 7:45pm).

It will be Saints’ first World Club Challenge appearance since 2015 – their sixth overall – and the game will be shown live on Sky Sports.

Saints head coach Kristian Woolf said: “We are really excited about the opportunity to face the Roosters in such a prestigious fixture.

“It will be a great challenge for us to test ourselves against the current World Club champions and we are aiming to stand up and represent Super League and this part of the world in what will be a huge game.”

The Roosters beat Wigan Warriors in this game last year, reinforcing their superb record in the fixture.

They have won all four of their appearances, one of which came against St Helens in 2003.

Roosters head coach Trent Robinson said: “This is an important fixture on the rugby league calendar and we’re looking forward to heading to England to compete against St Helens for the 2020 World Club Challenge title.”

Super League executive chairman Robert Elstone added: “Saints dominated our competition in 2019 and we know they will relish the opportunity to test themselves against the best in the NRL.

“I’m already starting to look forward to seeing some of the best rugby league players in the world. “I know Saints fans will be really excited about hosting the Roosters, and I’m certain all rugby league fans across the UK will want to see the greats of our game going toe to toe.

“Thank you to both clubs for their commitment to the fixture, thank you to the Super League clubs for supporting the event and thank you to Betfred for investing in the 2020 showpiece.”

Owner Fred Done said: “It should be an absolute cracker watching the best of the Betfred Super League pitching themselves against the best from the NRL.”

Tickets will go on sale for the match exclusively to Saints 2020 Members at midday today (Tuesday 12 November).