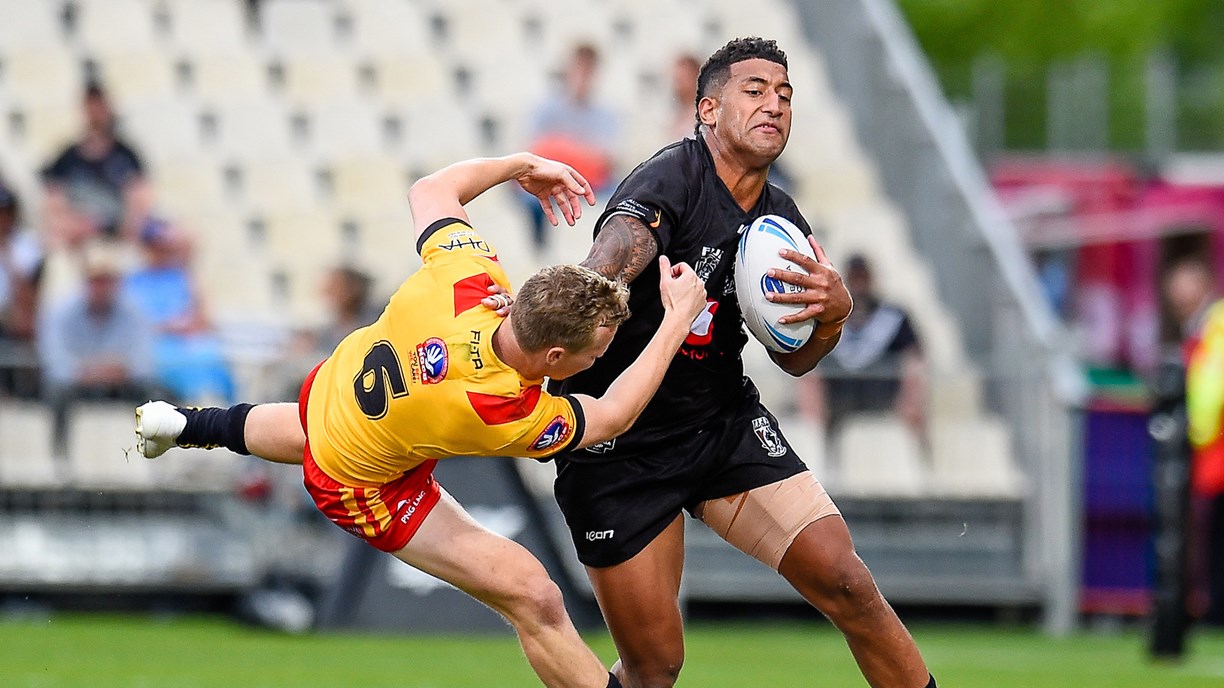 Fiji Bati have secured promotion to Pool A of next year’s Oceania Cup after emerging 22-20 winners over the Papua New Guinea Kumuls in a thrilling Test where the lead changed hands four times.

After crushing Samoa 44-18 a week earlier, Fiji went into the game in Christchurch knowing anything bar a loss by more than 22 points would book them a place alongside New Zealand and Tonga in the top group for next year.

Parramatta superstar Maika Sivo was huge for the Bati, running for over 200 metres and setting up a crucial try late in the first half, while towering prop Tui Kamikamica laid a solid platform after opening the scoring for Brandon Costin’s side.

The Bati scored three tries through the first 43 minutes, but with the Kumuls hitting back with a try of their own within four minutes on each occasion, Fiji were never able to establish any meaningful advantage on the scoreboard.

It was Papua Guinea who took a 14-12 lead into the sheds after skipper Rhyse Martin kicked a penalty on the half-time siren.

Both sides blew try-scoring opportunities with knock-ons before the match was even 10 minutes old, but before long the points were coming thick and fast at Orangetheory Stadium.

After 22 minutes back-to-back sets camped in their own line took a toll on PNG, and Fiji crossed via Kamikamica who took two would-be tacklers with him over the line.

Martin then scooped up a deflected grubber from Kyle Laybutt, which he converted himself, to level scores.

Both Bati wingers combined to put their side ahead eight minutes from the break, with Vunivalu throwing a deft cut-out pass to Sivo who ran 40 metres before passing for Brayden Wiliame to finish.

But again the Kumuls hit straight back, punishing Fiji for an error in their own half to score via Boas after Edene Gebbie broke free down the left edge and flicked the ball back inside.

Martin nailed the ensuing sideline conversion and then added a late penalty for the half-time lead.

Viliame Kikau’s third try in two games gave the Bati the lead again three minutes into the second spell, but a spectacular 70-metre solo effort from Gebbie almost immediately cancelled it out.

The nimble winger broke an initial tackle before his footwork left Fiji fullback Siti Moceidreke grasping at thin air as the last line of defence.

Now trailing 20-16, the Bati replied with a barging effort from Ben Nakubuwai under the posts, with Wakeham’s conversion establishing the eventual winning margin.

The Kumuls did have their chances to win it inside the final 20 minutes, and will rue a missed chance after Olam was ruled to have been offside in the lead-up to a try.

The game was Fiji’s last for 2019, while Papua New Guinea now prepare to host the touring Great Britain Lions in Port Moresby on Saturday.