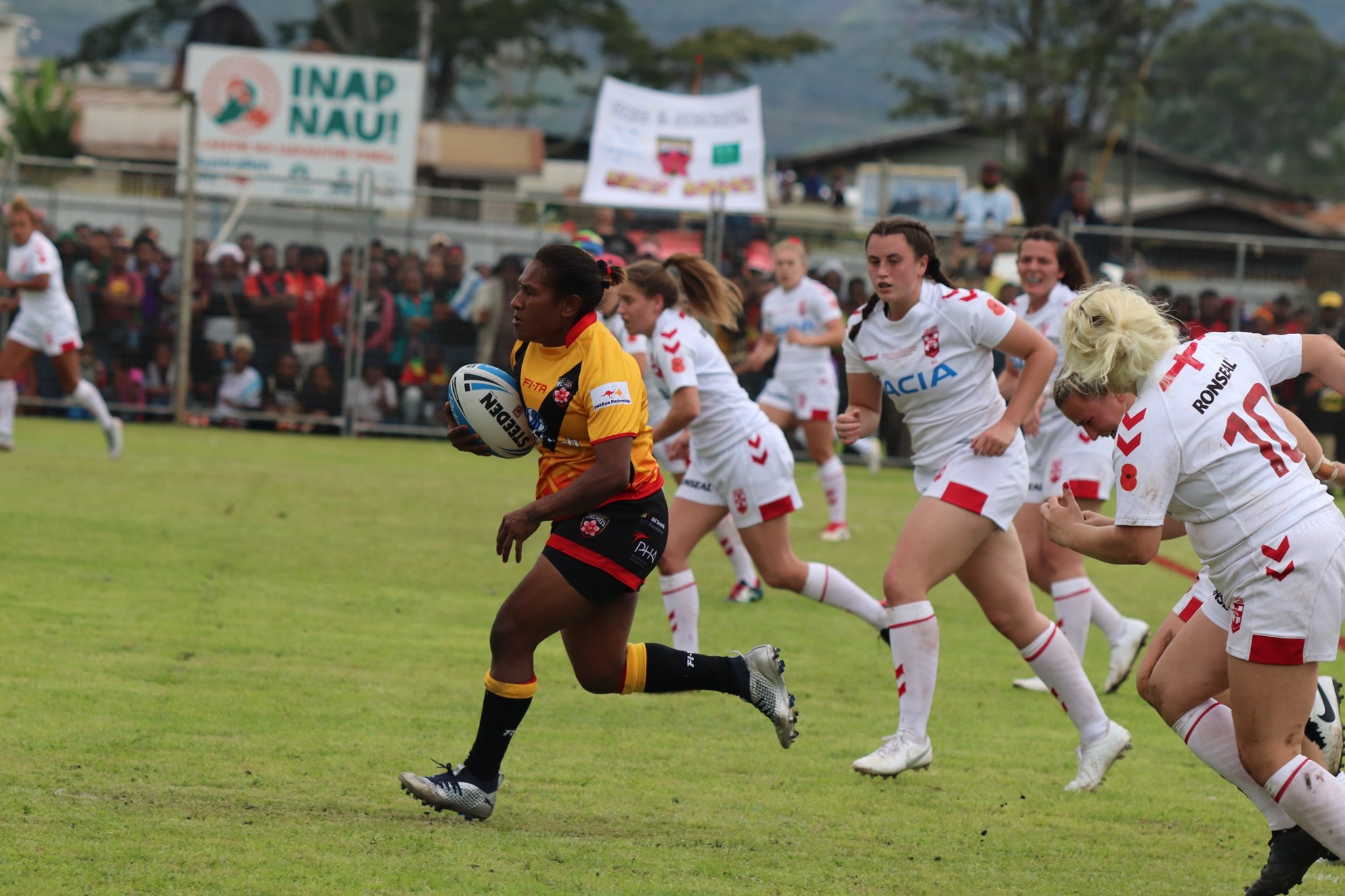 England Women got their historic two-game tour of Papua New Guinea off to a winning start with a 10-24 victory over the Orchids in Goroka, in front of almost 7000 spectators.

Captain Emily Rudge became the first-ever England Women’s international to score four tries in a test match while Dannielle Anderson and Rachel Thompson were also on the scoresheet.

Richards said: “I’m delighted with the effort from the girls as it was an absolute war of attrition.

“I was pleased to see the girls dig in and overcome the testing circumstances such as the weather, physicality and a vocal home crowd in Goroka.

“The whole point of coming to Papua New Guinea wasn’t for the scorelines but it was to put ourselves in tough environments and see how we react, and the girls reacted in this first test.”

A physical opening quarter saw the score remain scoreless however, Thompson did go close for the visitors on two occasions with the first coming from a clever Chantelle Crowl offload and the latter on the back of a neat cross-field kick from Faye Gaskin.

But England did open the scoring just after the 20-minute mark as Rudge powered her way over on the back of a short-ball from St Helens teammate Jodie Cunningham, who started in the halves for her country for the first time.

With seven minutes of the first half remaining, Rudge went over again in almost identical fashion. Cunningham found the second-rower on her outside and Rudge was too strong for the Orchids defence. Tara Stanley’s unsuccessful conversions meant England took a 0-8 lead into half-time.

England continued their dominance after the break as Rudge completed her hat-trick evading an Orchid defender who flew out of the line before beating two more on the line to become the fourth England Women’s player to score an international hat-trick.

Moments later the visitors furthered their lead as Leeds Rhinos forward Anderson was too strong for the PNG defence crashing over from close-range. The Orchids caused issues midway through the half and were eventually rewarded as Shirley Joe burrowed her way over from acting half-back.

Captain Rudge would become the first-ever England Women’s player to score four tries in an international test match with just over ten minutes remaining as she received a smart pass from Anderson and rounded the left-hand side of the Orchids defence.

Wigan’s Thompson – who had gone close in the early moments of the game – would add her name to the scoresheet when Charlotte Booth’s created an opportunity out wide. PNG would grab a late consolation try thanks to Ua Rave.

England Women will look to earn a 2-0 test series victory on Saturday 16 November as they face Papua New Guinea in Port Moresby, in a fixture which will be played before the final game of the Great Britain Rugby League tour against The Kumuls.