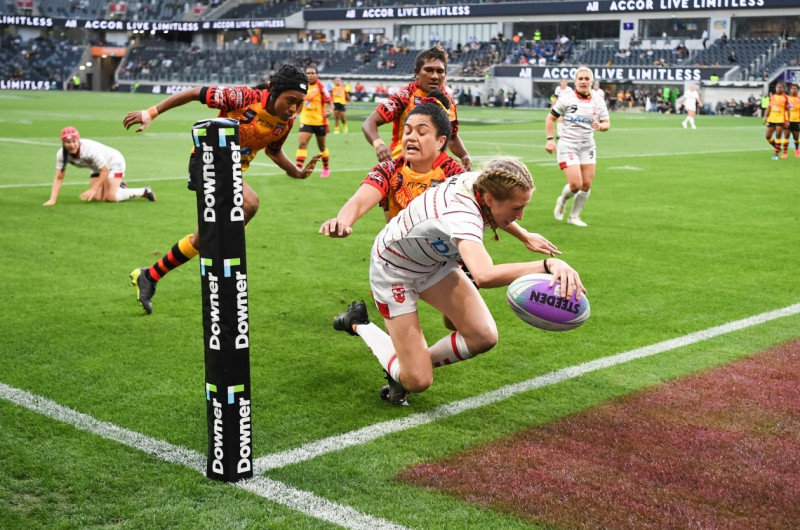 England Women are all set for their historic tour of Papua New Guinea which will see them play two games against the Orchids.

Craig Richards’ side are set to face PNG in Goroka on Saturday 9 November before a second test in Port Moresby on Saturday 16 November, as a precursor to the Great Britain Rugby League Lions’ final game, also against PNG in the capital.

Richards said: “It is going to be a fantastic experience for everyone involved and it will be a great test for the girls.

“We came up against the Orchids in the Downer World Cup Nines and they were extremely physical and promoted the ball well, so we know to expect two tough games.

“It’s brilliant that we’ve been given the chance to compete in the Nines and now have the opportunity to travel to Brisbane and Papua New Guinea as part of this ground-breaking tour. Regular high-quality international fixtures will only help the girls develop as we continue on the road to the 2021 Rugby League World Cup.”

Captain Emily Rudge added: “We are all extremely excited for what will be a historic tour not only for England Women but also for international Women’s Rugby League as a whole.

“Following on from the success of the World Cup Nines and the announcements being made by the 2021 Rugby League World Cup, it really is a special time for Women’s Rugby League and this tour is just another step in the right direction.

“The Orchids are a real emerging nation in the world of Women’s Rugby League and we know that both games will offer a strong test. However, we know we need to continue to compete regularly on the international stage to help us grow as a team and give ourselves the best possible preparation ahead of the 2021 Rugby League World Cup in England.”

Craig Richards will now take a 23-strong squad to PNG with Amy Hardcastle – who was vice captain for the Downer World Cup Nines – not making the journey due to personal reasons.

Richards adds: “Amy was fantastic for us in Sydney in the World Cup Nines and has been a consistent performer for a number of years now on the international stage. While we are disappointed that Amy won’t be traveling with us, we completely understand and respect her decision and we have no doubts she’ll be supporting the girls from afar.”