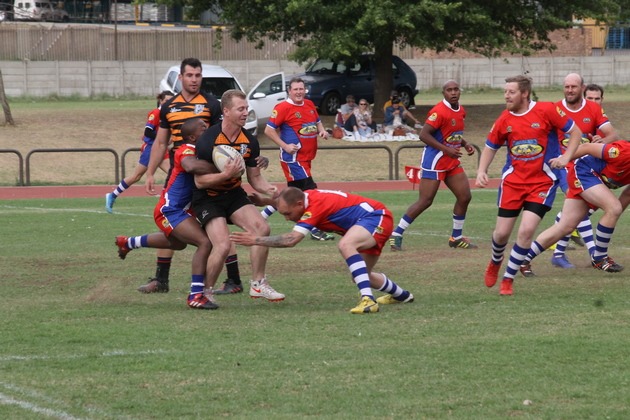 The Northern Clubs Championship, which features 13 clubs split into two Conferences, is South Africa’s Premier club competition, providing the bulk of the players for the Rhinos teams in recent years.

As the club season once again takes a break for the Inter-Province Championship, the Loskop Leopards hold a slight lead over the Witbank Tigers, thanks to bonus points in the Limpopo / Mpumalanga Conference, whilst the Tuks Red’s large scoring has helped them secure multiple bonus points over the Pretoria Bulls White, Tuks Blue despite only having one more win.