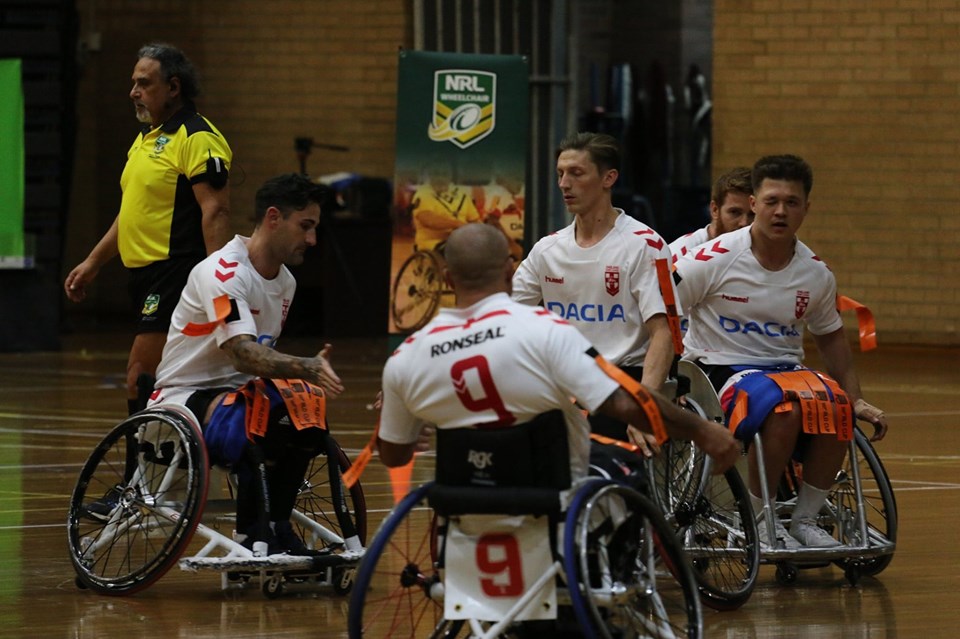 The England National team has confirmed their position as one of the top nations in the world of Wheelchair Rugby League after recording two convincing victories against the Australian Wheelaroos in Sydney and Wollongong this week.

In what was the first Ashes Test series between the two nations in Wheelchair Rugby League, the English players showcased why they are currently the second ranked nation in the world, recording an 84 – 28 win in Sydney earlier this week before backing it up with a 58 – 20 win in Wollongong on Wednesday.

The result sees the England Wheelchair side finish 2019 with Test victories over Wales, Scotland and Australia, whilst they shared the spoils against France, with both nations winning one Test each.

The England Wheelchair team will face NSW on Friday in their final tour match.