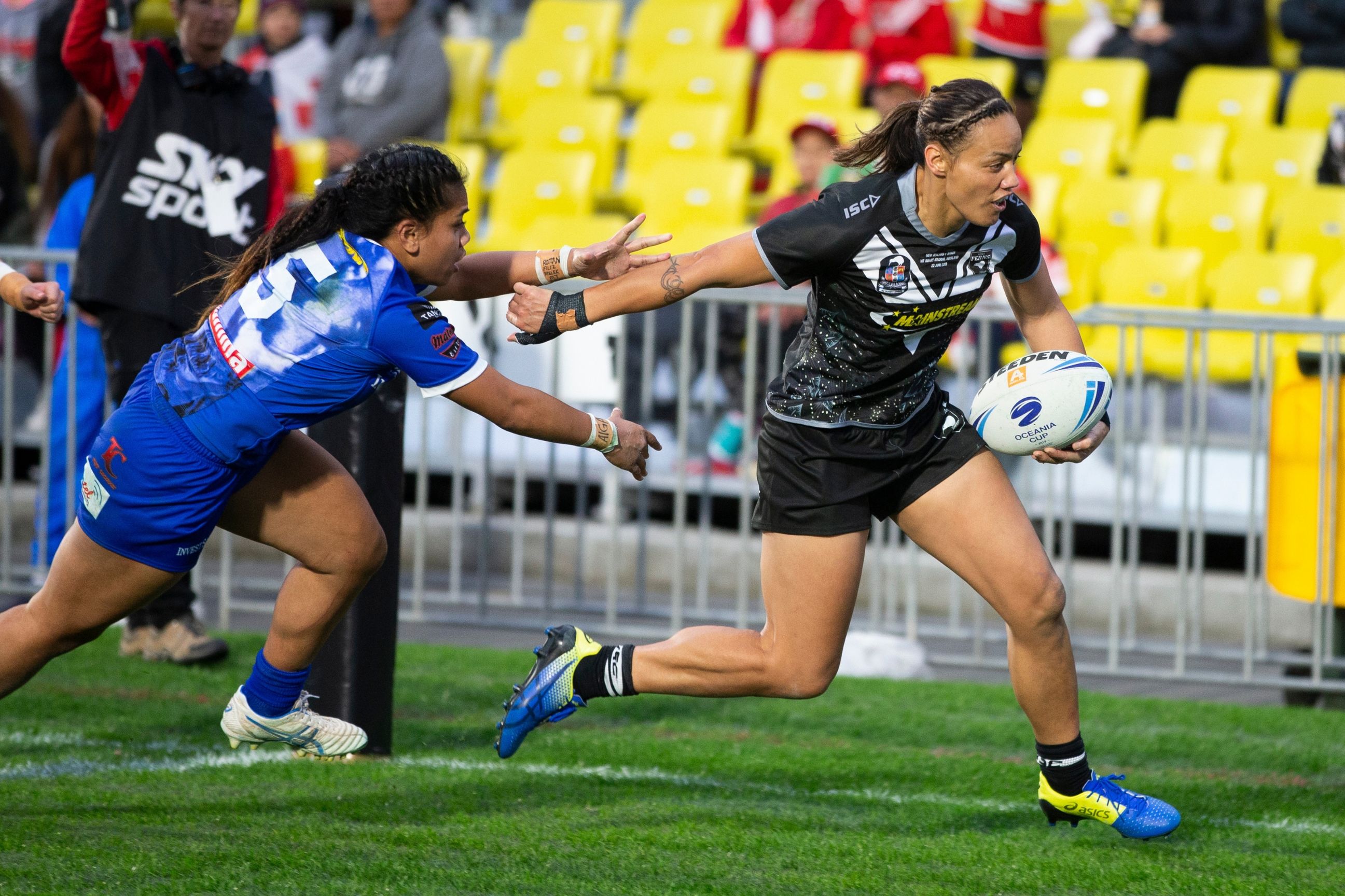 Head coach Justin Morgan has named an experienced Kiwi Ferns squad not short on strike power to take the field at the inaugural World Cup Nines at Bankwest Stadium in Sydney on October 18 and 19.

Brisbane playmakers Lavinia Gould and Raecene McGregor back up from the Broncos’ impressive NRLW grand final win over St George Illawarra on Sunday when they both scored in the dominant 30-6 victory.

The selection also features the much-decorated Honey Hireme. She missed the NRLW season on compassionate grounds to support her seriously ill mother Caryn who passed away on September 25.

Of the 16 players selected, 13 were in the squad involved in the 46-8 one-off Test win over Fetu Samoa at Mount Smart Stadium in June.

The Warriors, the only team to beat the double premiership-winning Broncos, supply 11 players.

New Zealand is one of four women’s teams playing for the World Cup title alongside Trans-Tasman rivals Australia, England and Papua New Guinea.

“This is going to be a tough competition against top tier international rivals, and our goal is to lift that world title at the end of the day,” said Morgan.

“I’m really looking forward to seeing what these guys bring to the table especially following on from the NRLW competition where a lot of these players were in impressive form. This is a new tournament and with that brings a new level of play. It’s going to be exciting.”

Following the Nines, the Ferns switch mode to Test football with their clash against the Jillaroos in Wollongong on Friday, October 25.